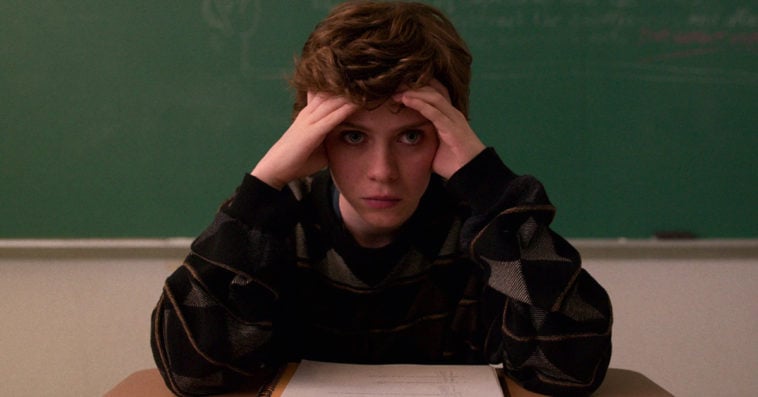 I Am Not Okay with This was quietly renewed for a second and final season by Netflix a month before it premiered on the streamer on February 26th. Netflix, however, reversed its initial decision six months later, officially canceling the series on August 21st even though the scripts for its entire sophomore run were already written. In a recent interview, showrunner Jonathan Entwistle explained why he thinks the streaming service decided not to move forward with the show’s season 2, which was supposed to start filming at the beginning of the summer.

While COVID-19 played a huge part in the cancellation, Entwistle revealed to Insider that there were other factors that contributed to the show’s demise. “We were aware early on, pre-pandemic, that there were rumblings of new changes of direction [at Netflix],” said Entwistle. “[And] there was obviously the impending writers’ strike, which was definitely a huge thing at Netflix. We were working almost week to week, not knowing how long it was going to last before somebody pulled the trigger on something that would have an effect [on us].”

Though the situation became even more complicated when the pandemic hit in March, Entwistle said that they were able to finish the scripts. But when they were budgeting the production cost for season 2, they realized that it was going to cost Netflix a lot more money to COVID-proof the show. “I think I’ve seen a few people talking and the figures are about right: It’s about anywhere between $5 to $10 million per season of television for the PPE, and for the testing, and for the systematic changes with which to make it safer,” explained Entwistle.

Ultimately, Entwistle thinks the cancellation of I Am Not Okay with This boiled down to Netflix weighing the cost of the show versus its perceived value. “I think that one of the problems we faced with I Am Not Okay with This is that in many ways I considered it to be a smaller, niche show and they considered it to be a replacement for Stranger Things,” Entwistle said. “I do think when they were looking at all the finances, the show was more expensive than they figured it was worth doing.”

Entwistle shared that they thought of delaying filming until February 2021, but that would mean Netflix would have to pay “large groups of filmmakers and actors to remain doing nothing.”

Season 1 tells the building story of Syd Novak (Sophia Lillis) discovering that she has superpowers. In the show’s final scene, the mysterious shadowy figure that has been following Syd throughout the season, re-appears before her. And when Syd asks, “Who are you? Should I be afraid,” the man, who is widely presumed by fans as her late father replies, “They should be afraid. Let’s begin.”

After the show was officially canceled, Entwistle asked Netflix if he could recut the season 1 finale to make it less of a cliffhanger, but the streamer denied his request. “I went back to Netflix and said, ‘Hey, can you let me recut the last two shots so that there’s no dialogue and it just looks like a man appears to her?’ … but they wouldn’t let me,” he said.

While Entwistle feels sad for not being able to give the show a proper ending, he said that he feels the most sad for the fans. “I think it’s always disappointing to see such a whipped up fan base for a show that then gets very quickly canceled and nothing ever gets posted on the Instagram page ever again,” he said. “The [fans] all came, but I feel sad because they’ve been abandoned.”

The seven-episode season 1 of I Am Not Okay with This also stars Wyatt Oleff, Sofia Bryant, and Kathleen Rose Perkins.