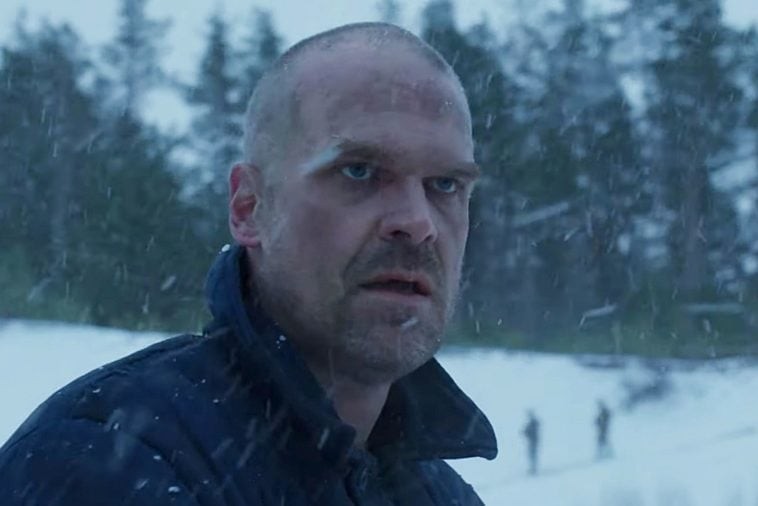 Today we got our first sneak peek at the upcoming season of Stranger Things in the form of a 50-second trailer. Brief and void of too many clues as to what we can expect from season 4, the teaser does confirm that Hopper is set to make a return.

While some thought Hopper had died after disappearing in that tragic portal incident, the post-credit scene to close off season 3 suggested otherwise. Some fans believe his survival may have something to do with the Demogorgon monster the Russians captured. The Duffer brothers added fuel to this particular theory, saying “[Hopper] is imprisoned far from home in the snowy wasteland of Kamchatka, where he will face dangers both human… and other.”

Far far away from Russia, back in Hawkins, the Duffer duo say “a new horror is beginning to surface, something long-buried, something that connects everything.” Given the number of mysteries still left hanging from season 3, there’s no telling what’s in store. Will we find out what really happened to Hopper? Or the whereabouts of Dr. Brenner? What about those strange experiments carried out by the Russians? Will Eleven get her powers back?

As far as a release date, some outlets hint at a return around Christmas, just in time for holiday season binging. Others, however, say the Season 4 premiere could be as far away as 2021. In the meantime, we’ll be here to collect the breadcrumbs as we get closer to the yet-announced premiere.