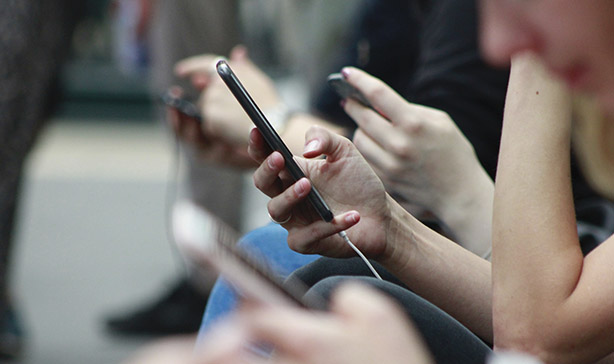 New tests show that our phones may not be as safe as we think they are. Radiofrequency (RF) radiation isn’t something that initially comes to mind when talking about phone safety but an independent lab in the US tested and found that the most recent iPhone 11 Pro emits more than twice the legally allowed limit.

Studies have found that there may be a possible link to RF radiation and cancer. The National Institute of Health has even found “clear evidence” that exposure to RF radiation, like those used in 2G and 3G phones, has caused cancer in animal studies. It has also been found that it could possibly harm sperm count, learning, memory, behavior, and sleep as well as possibly cause headaches.

The Federal Communications Commission is the entity that sets guidelines for the exposure of RF radiation to humans. The current maximum Specific Absorption Rate (SAR) is set at 1.6W/kg but the aforementioned tests on the newest iPhone revealed that its SAR is more than double the current limit at 3.8 W/kg. This was done with the phone 5mm away with a rate that could increase at a closer distance. 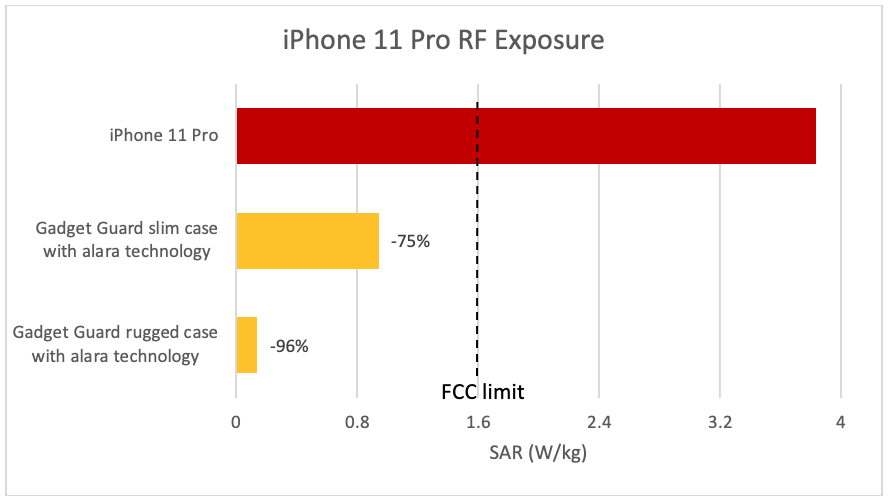 While the FCC does set the limit, testing is completely independent. Brands send their phones or devices to an independent lab for testing, wait for the results, and, should they pass, present the results to FCC for approval. It’s quite possible that the devices sent in for testing may be different from the ones finally released to the public. Ryan McCaughey, CTO of Penumbra Brands says that “when we bought an iPhone ‘off-the-shelf’ and tested it the same way, RF Exposure Lab found it fails the FCC’s safety limit.”

Penumbra Brands replicated radiation tests done by the Chicago Tribune with off-the-shelf iPhone 7 units and found that radiation levels were also well above the limit set by the FCC. The iPhone 7’s SAR, when at a 5mm distance, is over 2.4 W/kg and is doubled when at a 2mm distance. 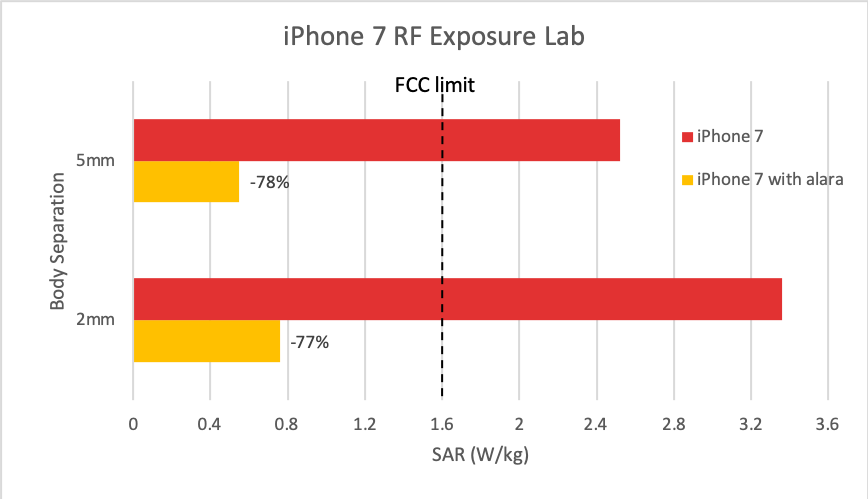 “In the recent FCC tests, the iPhone XS model that wasn’t supplied by Apple reveals the testing flaws—radiation is 28 times higher than the agency’s original report,” added McCaughey. “That discrepancy should have been cause for alarm at the FCC, but they didn’t even comment on it. Consumers should develop cellphone use habits to protect themselves from over exposure.”

In response to the situation, Penumbra Brands developed phone cases that significantly cut the exposure rate of RF radiation. They currently offer cases with alara technology that are proved to reduce radiation by 50 percent without affecting signal strength.