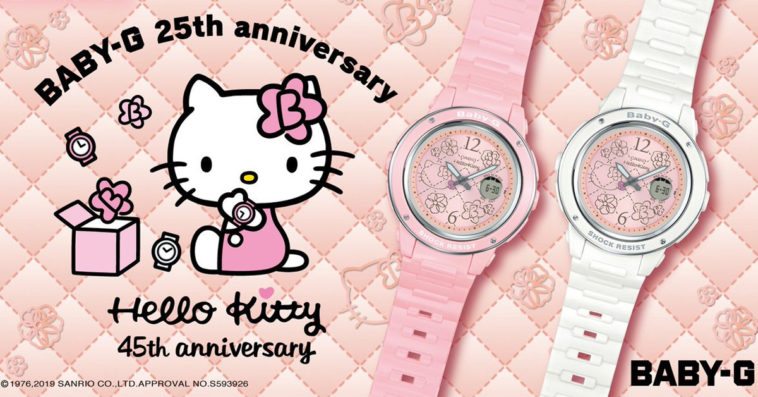 Officially called Baby-G 25th x Hello Kitty 45th anniversary collaboration watch, this timepiece is inspired by the Hello Kitty Pink Quilt Series that was wildly popular among women in the 1990s. Hello Kitty reached worldwide stardom during that time, while Baby-G had just been introduced to the market. 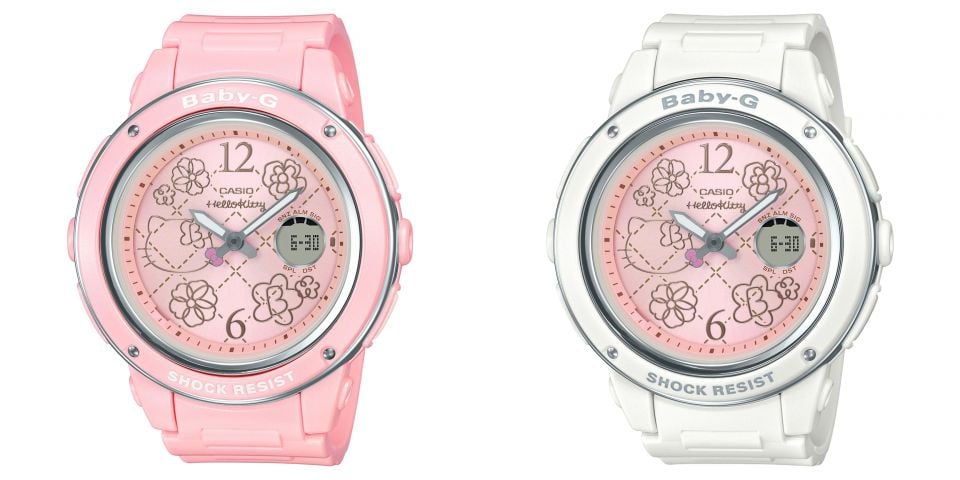 The back cover of the watch is engraved with an original Hello Kitty design that features the character’s face as a watch.

In addition to being shock resistant and water resistant up to 100 meters, the watch also features LED light, world time, stopwatch, countdown timer, 5 daily alarms, full auto-calendar until 2039, and more. 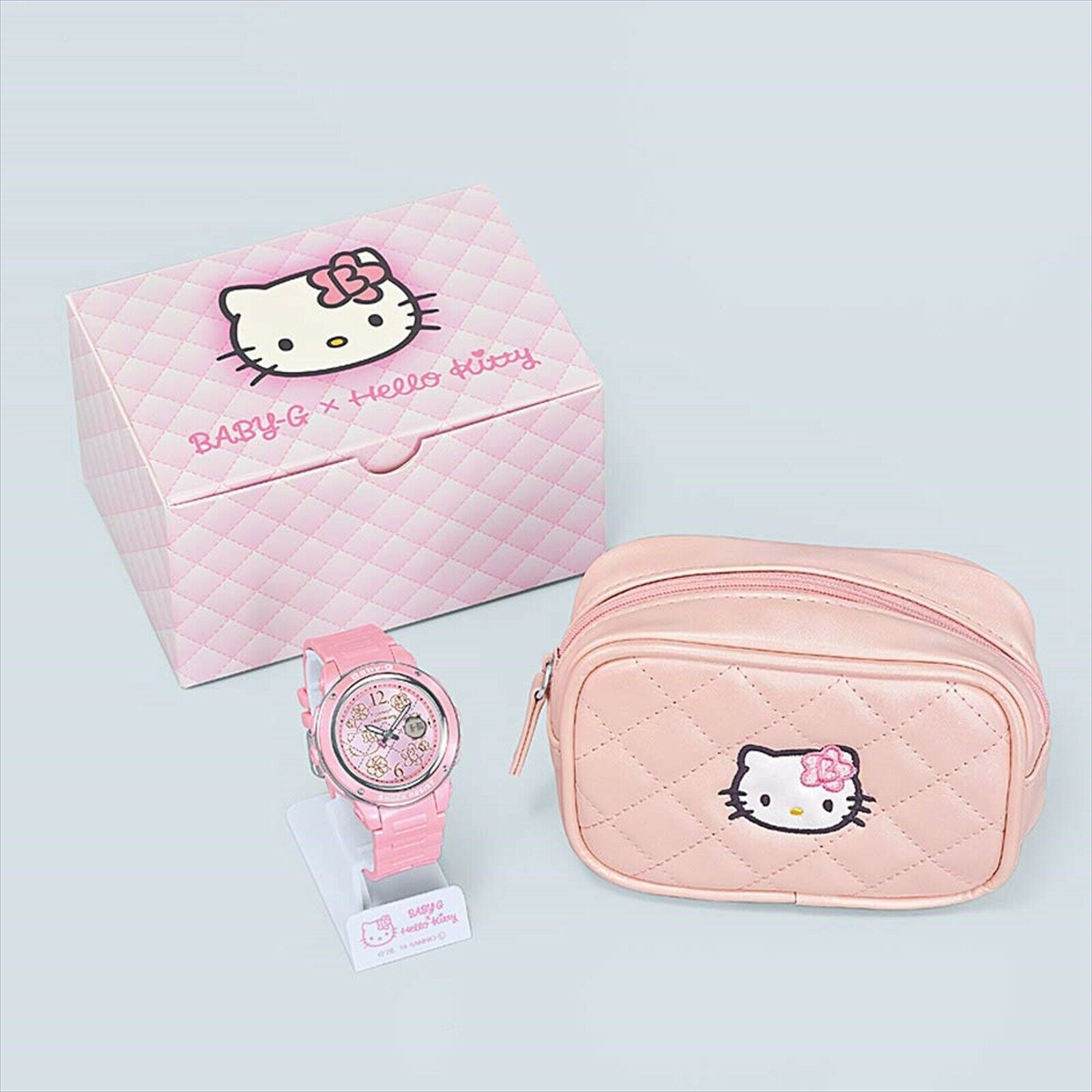 Available in pink and white, the watch comes with an exclusive mini-bag designed in the style of the original Hello Kitty Pink Quilt Series, and a stand for displaying the timepiece.

Launched last March, the watch is selling for $150 each.