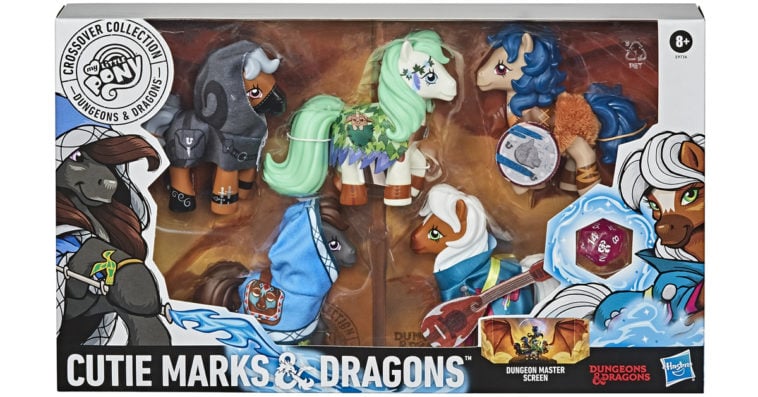 Hasbro has unveiled the second item from its My Little Pony Crossover Collection.

The toy line, which launched with the reveal of My Little Pony x Ghostbusters Plasmane figure earlier this month, has now added a set of My Little Pony figures with designs inspired by the popular tabletop roleplaying game, Dungeons & Dragons (D&D). 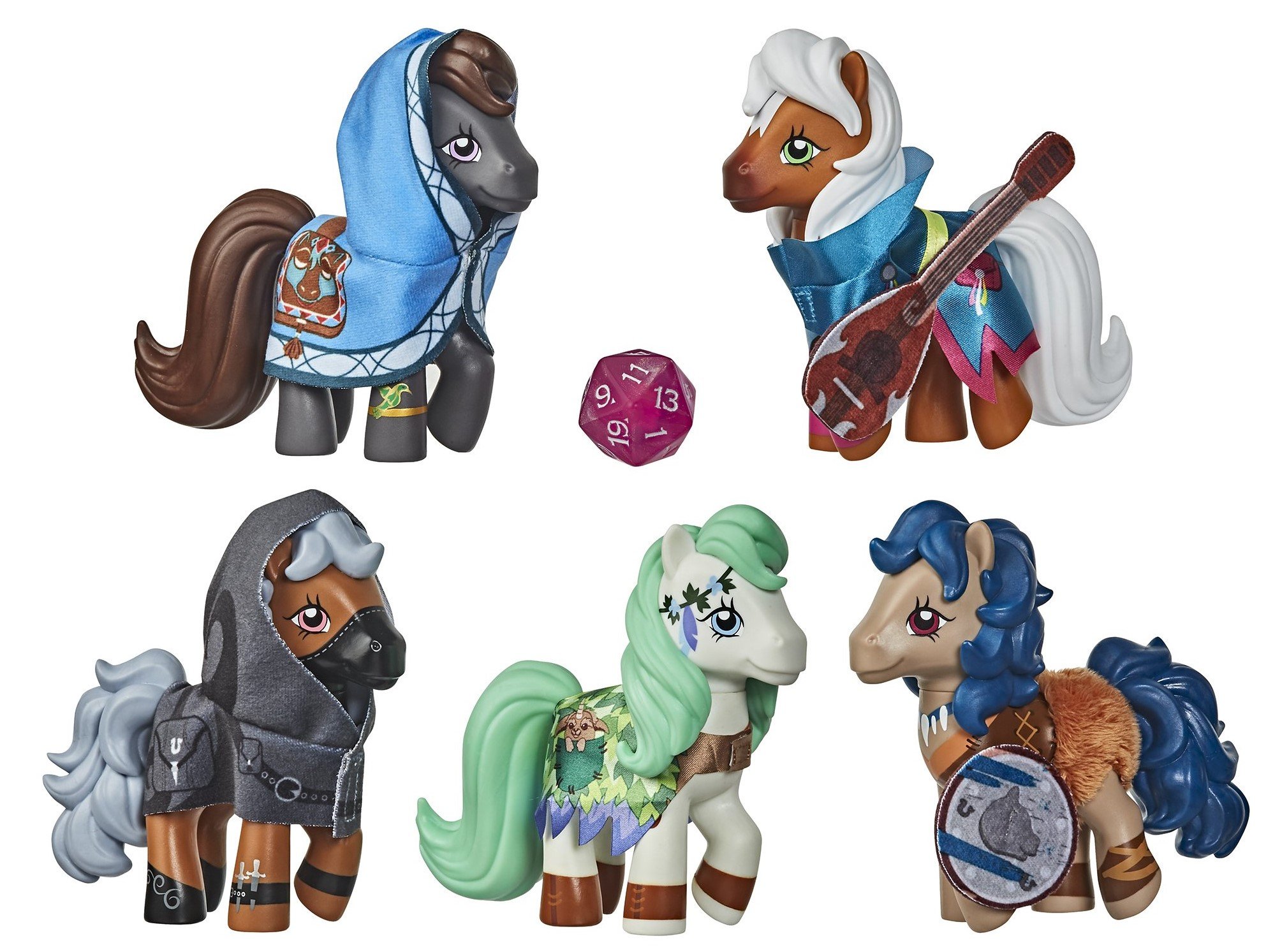 In addition to 5 pony figures, 5 outfits, and 2 accessories, the set also comes with an oversized D20 die featuring a My Little Pony-inspired iridescent pink design and the iconic Dungeons & Dragons ampersand logo. Also included in the set is a 4-panel Dungeon Master (DM) screen, which features exclusive illustrations by artist Leesha Hannigan on one side, and an introduction to the ponies on the other.

As detailed on the DM screen, the five ponies featured in the set are called Mystaria (a bookworm wizard), Shadow Star (a prankster rogue), Valor Stronghoof (a loyal barbarian), Spinner Talltail (a lute-playing bard), and Woodheart the Kind (a thoughtful druid).

More additions to the My Little Pony Crossover Collection are expected to be announced in the coming weeks. As revealed in the Hasbro Pulse listing for the Plasmane figure, other crossover characters included in the toy line are Transformers My Little Prime and Power Rangers Morphin Pink Pony.