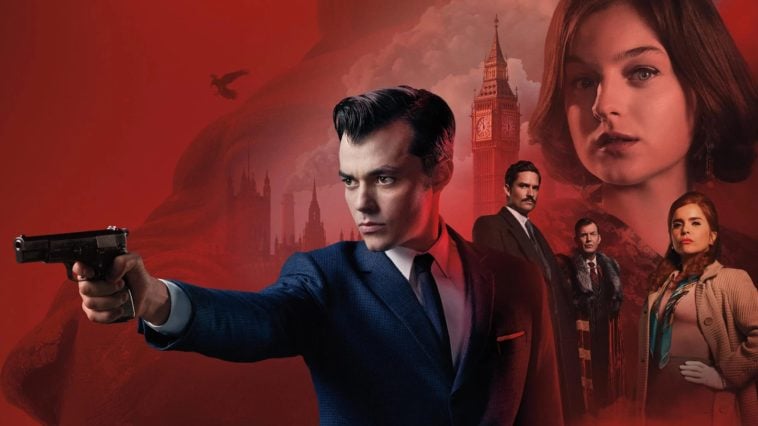 Gotham already showed that you don’t necessarily need Batman to create a popular TV show set in the same universe, and the Dark Knight only appeared in costume at the very end of the 100th and final episode. With one prequel having drawn to a close after five seasons, executive producers Bruno Heller and Danny Cannon were hoping that lightning would strike twice when Pennyworth was given the green light in May 2018.

Bruce Wayne’s loyal butler has been a key part of the Batman mythology since the very beginning, but there were doubts about the character’s ability to maintain audience interest as the focal point of his own show. Heller and Cannon took the route of discarding any and all connections to the Caped Crusader by focusing on a period-set espionage thriller that takes place in an anachronistic depiction of 1950s and 60s London.

Alfred Pennyworth is reinvented as a former solider in the British SAS who forms his own security company, but finds himself in the cross-hairs of the nefarious Raven Society, who are looking to overthrow the government and assume power. To combat the threat, Alfred teams up with American agency the No Name League, where he encounters a pair of young agents that go by the names of Thomas and Martha Wayne.

There are plenty of comic book adaptations on the small screen, and just as many shows that take place in the secretive world of counter-terrorism and intelligence, meaning that Pennyworth had to stand out from the crows as a mashup of the two, which it largely managed to pull off during a well-received debut season.

It’ll hardly go down as a definitive entry into the extended Batman canon, but engaging performances from the cast that never treat the material too seriously and some bombastic action set pieces make it an entertaining if superficially unnecessary prequel set decades before Bruce Wayne even contemplates the idea of dressing like a giant bat and tackling Gotham’s crime-riddled rotten core.

There’s even a hint of Sherlock Holmes thrown in as the stiff upper-lipped Alfred goes about his business, and Jack Bannon does a sterling job in the lead role, one that could have turned out completely differently in the wrong hands, but the young actor throws just the right amount of charm and charisma at the screen without falling into formula.

The rest of the ensemble is relatively short on big names, which is probably for the best otherwise it might have ended up becoming a little too distracting, but everyone does exactly what’s expected of them in a light and breezy caper that offers plenty of entertainment value even if it never particularly engages the brain.

Less than a month after the first season had concluded, it was confirmed that Pennyworth had been renewed, and the Season 2 premiere airs on Epix in December. The show would have already debuted by now had filming not been shut down for months as a result of the ongoing global health crisis, but there isn’t too long to wait until the show returns to our screens.