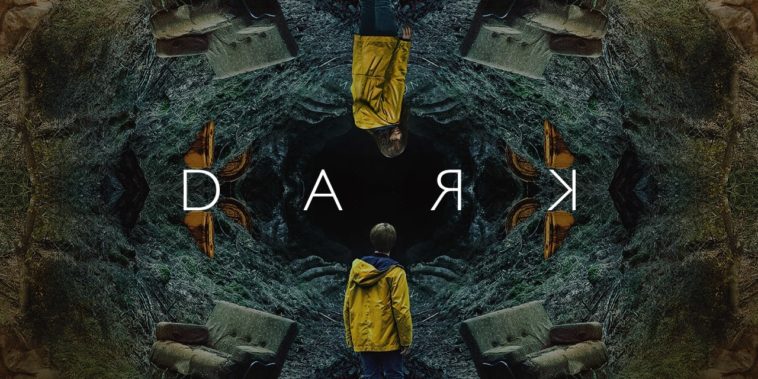 Trying to explain the plot of Netflix’s mind, time and reality-bending series Dark would be next to impossible without diving deep into spoiler territory, but rest assured that the German sci-fi thriller is one of the most underrated shows to be found on the streaming service, one that’s gone a long way to establishing mainland Europe as a hotbed for phenomenal original content alongside the likes of Money Heist and Biohackers.

Boiling it down to the simplest of terms, Dark is a cross between Twin Peaks and Stranger Things, delivering all of the heavy fantasy elements, impeccable visual effects, confusing plot twists and narrative complexities that you’d expect from something that plays as a hybrid of those two wildly unconnected shows that couldn’t be more different to each other.

Set in the sleepy German town of Winden, where a nuclear power plant looms in the background dominating the skyline, the mystery starts when children start vanishing without a trace, and the investigation leads to revelations beyond all comprehension.

Time travel is swiftly introduced, and the first season jumps between 2019, 1986 and 1953, revealing that everything is connected somehow. All of the residents of the town play a major part in the overlapping storyline that dives deep into the idea of family, love, loss and regret, and nothing is as straightforward as it appears on the surface, even the connections between the four central families at the center of the narrative.

The second season takes place a year after the first, and as well as advancing the three timelines introduced in the first run, Dark expands its reach to include scenes set in 1921 and 2053, as it transpires that the fate of the world is at stake. Now that our plucky band of heroes have discovered the whens and wheres, they need to figure out the hows and whys.

The sophomore batch of episodes ends with the apocalypse that everyone had been trying desperately to prevent, but also introduces the concept of a multiverse, piling more mythology and twists and turns on top of a through-line that can often be difficult to follow, but is incredibly rewarding in the end and pays off even the smallest of background details in the long run for viewers who have been keeping their eyes steadfastly peeled for every scene.

Netflix don’t often release official viewing figures for their in-house output, but Dark is said to be the second most popular foreign-language series on the streaming service behind Money Heist, with the first season cracking the Top 10 most-watched list in over 100 countries worldwide.

Unfortunately, despite the concept providing the means to continue the story for as long as the creative team saw fit, creators and showrunners Baran bo Odar and Jantie Friese confirmed that they have no plans for a fourth season of Dark, and the final ten episodes that landed on Netflix at the end of June would mark the conclusion of the epic multi-generational saga.