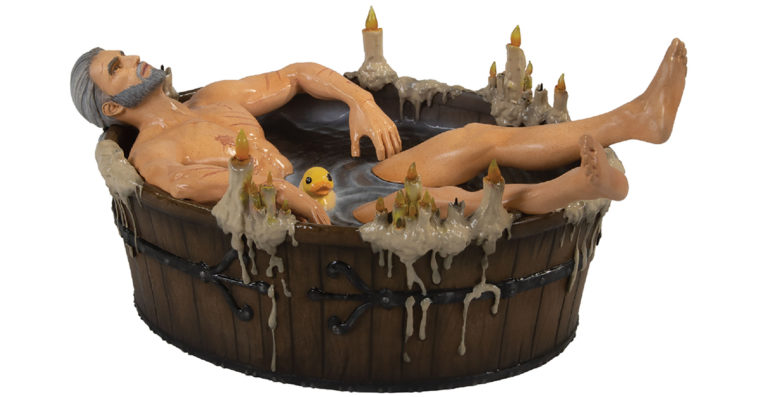 Have you just completed The Witcher 3: Wild Hunt and are looking for a little memento that would remind you of your epic journey in the game? Well, look no more, because this steamy Geralt in the Bath figure is exactly the thing you need.

Created by CD Projekt Red and Dark Horse, this hand-painted Polynesian statuette depicts the game’s protagonist, Geralt of Rivia, relaxing and healing from his perilous mission in a candlelit bath, complete with his rubber ducky. Currently selling for $74.90 ($5 off the original price), this highly detailed figure is based on a scene at the beginning of The Witcher 3, which became a popular Internet meme soon after the game’s 2015 release. 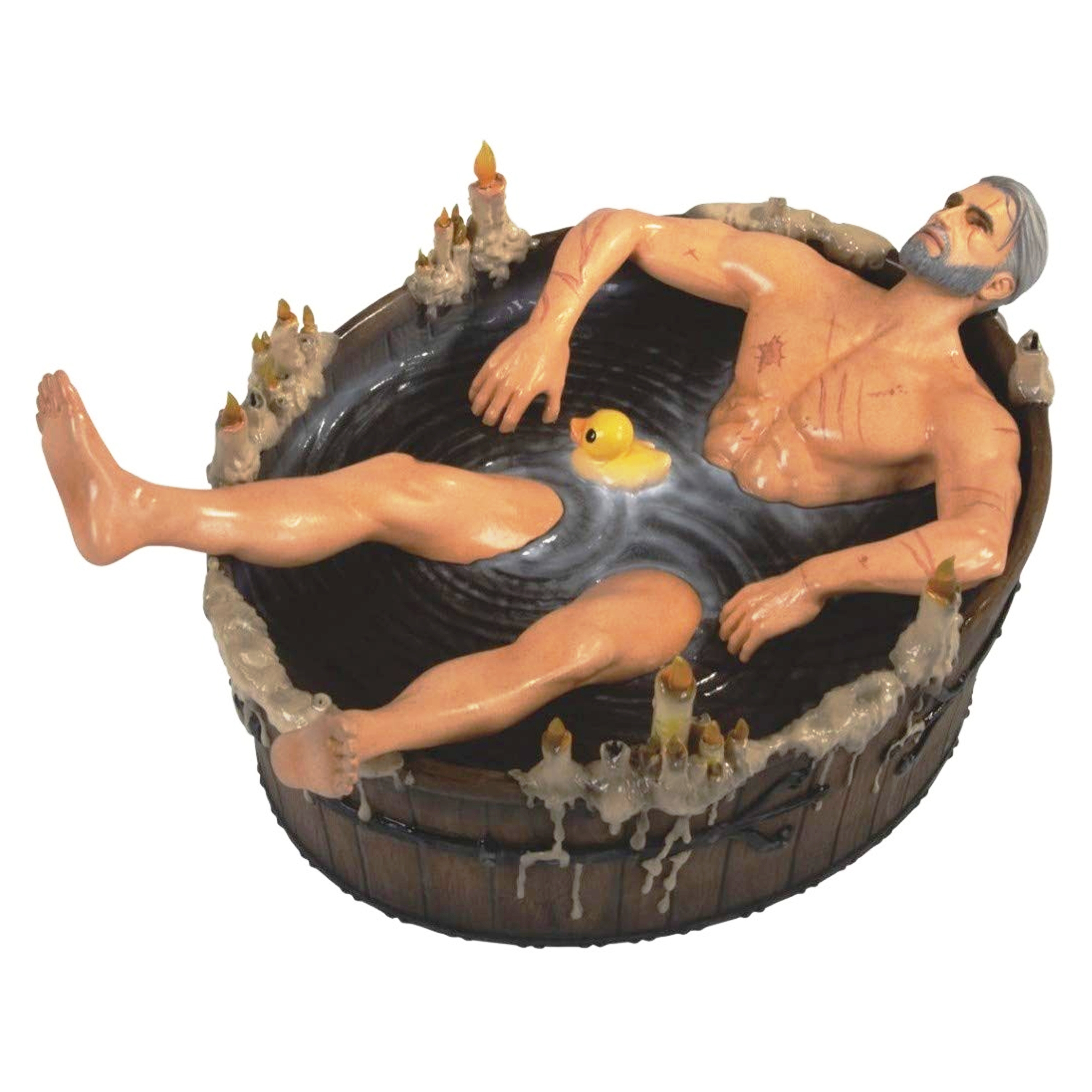 The Witcher 3 opens with a scene of Geralt in a wooden bathtub. His head hangs over one end and his arms and legs are spread eagle, with his feet hanging over the sides of the vessel. It’s an iconic scene because Geralt is rarely shown to be as relaxed as this, and basically because it’s one of the sexiest scenes in the entire game.

The in-game scene is so popular that it even inspired the Netflix adaptation of The Witcher novel series to include two bathtub scenes featuring Henry Cavill’s Geralt in the first season of the show.

“Yes, I am a member of the human population, so I have seen that meme. What was fun for us… obviously, we’re not adapting the video games. The video games are an adaptation of the books, too, so they’re pulling from the same source material that we are,” showrunner Lauren Schmidt Hissrich said of the novel series by Andrzej Sapkowski. “But I also know especially, being an American myself, that a lot of especially American audiences are mostly familiar with the games. They didn’t even know the books existed. So they are part of our hopeful fanbase. It’s just a little wink and a nod to them to say that we see them, too.”

A fourth The Witcher video game has yet to be officially announced, while the second season of The Witcher web series is slated to be released on Netflix in 2021.