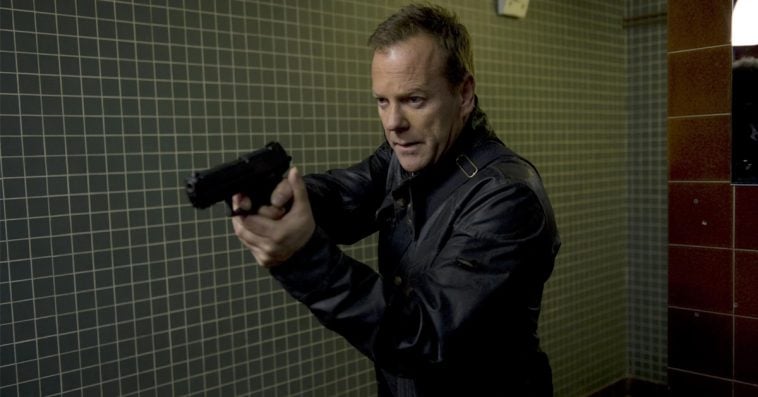 The action drama series 24 won’t be back to the small screen in the near future.

Fox Entertainment president Michael Thorn has confirmed to TVLine that the network scrapped the two 24 offshoot ideas that they were previously working on. “We had been circling two ideas for 24 spinoffs and those ideas are not moving forward,” Thorn said. “But we’re constantly looking at other opportunities to keep the title resonant, for us and the fans.”

One of the said offshoot ideas was the prequel series that would have centered on a young Jack Bauer.  The supposed origin story was developed by showrunner Howard Gordon with series co-creators Joel Surnow and Bob Cochran.

Written by Gordon and Jeremy Doner, the other spinoff idea was a real-time legal thriller about the wrongful execution of a prisoner on death row.

According to Deadline, the network remained open to the prequel idea until a new concept being developed by The Resident showrunner Todd Harthan came up. Details about this new potential project are being kept under wraps, but the news outlet noted that it has been gaining momentum in the past few months.

Though it’s already been three years since the franchise’s last iteration (Corey Hawkins’ 24: Legacy) aired on Fox, it seems that the network is in no rush to produce another chapter of the Emmy-winning series.

“It’s one of the most important titles at our network, so whatever we do with it we want it to fell as relevant and as explosive as the original — and that’s hard,” Thorn told TVLine. “We’re all committed to finding another version of it, but only when it’s right.”

“It has got to feel special and worthy of doing as opposed to just another season,” the exec added in a separate interview with Deadline. “We want to make it feel as an event.”