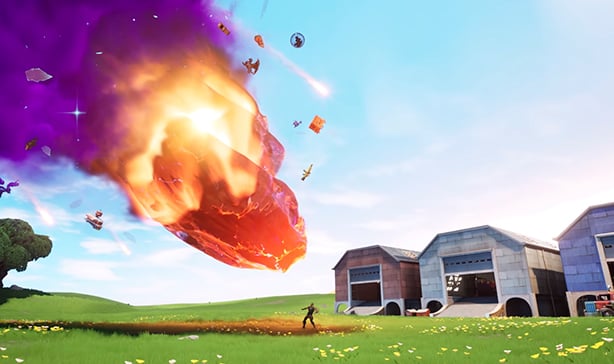 Fortnite players were left in shock yesterday afternoon as its infamous meteor finally crashed, creating a black hole that sucked in both the players and the world rendering the game unplayable.

Players first noticed a meteor in the sky during Season 3. There was no explanation from Epic about it which led players to come up with their own theories regarding this new mysterious object. By Season 4, the meteor in the sky disappeared and players discovered meteor crashes in certain locations, with some crashes creating new locations. It seemed like the end of it all, but by Season 10, the meteor reappeared and this time it sat in the sky just above a factory, seemingly frozen in time. 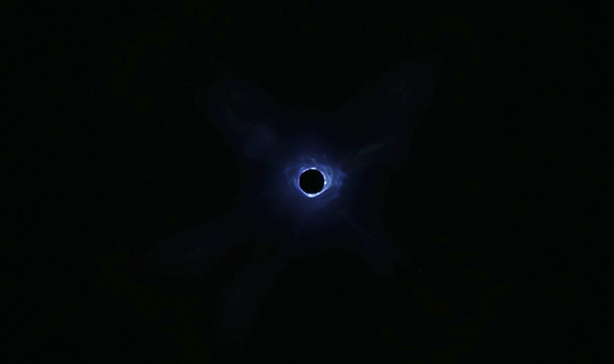 Up until now, there had been no activity from that meteor, but on October 13th at 2:00 PM EST, it started moving and eventually crashed and obliterated the whole map. In a dramatic series of events, players were literally blown away in-game and floated away as they watched the meteor crash into the earth. Those lucky enough to be logged in at that time witnessed the creation of a black hole that started sucking in everything. The whole event concluded leaving players staring at nothing but a black screen. Those who tried to log in after the crash found that they weren’t able to and that the character selection screen and lobby had also been swallowed in by the black hole. And it’s not just in-game. The official Fortnite Twitter account lost all its tweets and Epic’s public Trello board emptied. This led players to believe that this was the opportunity for Epic to finally launch the long-awaited new map.

The rebooted game with a new map has long been foreshadowed in many of Epic’s trailers for Fortnite. Just recently, a new storyline had been launched that focused on seven travelers disrupting the timeline. Fortnite even provided in-game missions that would lead the player to find out more about it.  The most obvious clue was a tweet from Epic saying “the end is near”. It was soon followed by another tweet saying “this is the end” after the meteor had crashed. Both tweets are no longer available.

Despite the downtime being seemingly done on purpose, Playstation still had to issue an official statement that the game was not gone and that the in-game currency players have will not be lost. Currently, Fortnite is live-streaming a video of the black hole on Twitter and on its official site.