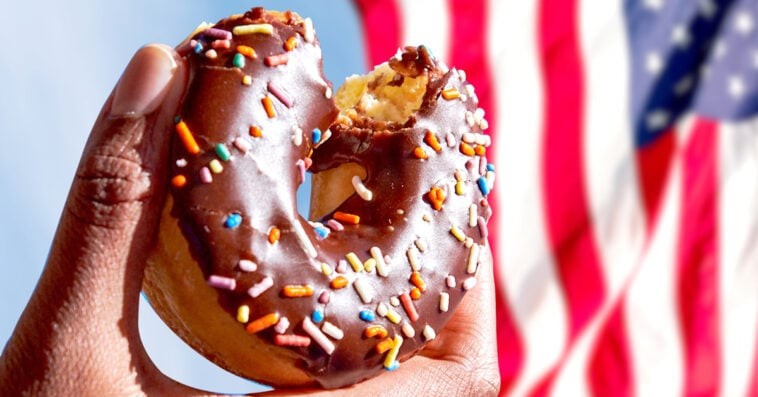 Dunkin’ remains committed to honoring the dedicated members of the military, so for this year’s Veterans Day, the coffeehouse and donut chain is once again giving all retired and active military members a free donut of their choice as a small token of gratitude for their huge service.

They can get their free donuts on Thursday, November 11th, at participating Dunkin’ restaurants across the U.S. with no purchase necessary. No ID is required, but there’s a limit of one donut per guest.

Dunkin’s Veterans Day donut giveaway is just one of the company’s initiatives to show its continuous commitment to supporting the U.S. armed forces. The restaurant chain also has its ongoing Dunkin’ Coffee for Our Troops program, which has already donated more than 300,000 pounds of coffee to troops deployed in foreign territories.

Through the said program, Dunkin’ sends a case of coffee to deployed troops each week, based on recommendations from friends, family members, or the troops themselves. Since 2003, Dunkin has been sending over 240 pounds of coffee to active military members each week. In addition, Dunkin’ has 41 military locations on bases around the world.

Last year, Dunkin’ marked Veterans Day by making a $10,000 donation to A Million Thanks, a nonprofit organization that supports active, reserve, and veteran military. In the same year, Dunkin’ Joy in Childhood Foundation also gifted the Believe in Tomorrow Children’s Foundation a $25,000 grant to aid U.S. military families with critically ill children. The Believe in Tomorrow Children’s Foundation provides premier hospital and respite housing to children receiving treatment, and their families, to bring comfort and hope to those battling life-threatening illnesses.