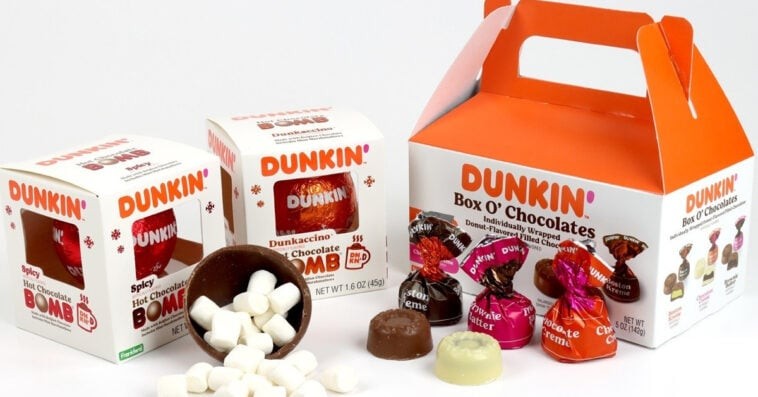 The Dunkin’ Hot Chocolate Bombs have officially returned to store shelves in time for the holiday season.

What are Dunkin’ Hot Chocolate Bombs?

A collaboration between Dunkin’ and confections and gifts marketer Frankford Candy, the Dunkin’ Hot Chocolate Bombs were first launched in 2021 with two flavors: original and mint. To warm up a cold winter day, simply place a “bomb” in a mug, pour six ounces of hot milk over it, and watch it transform into a rich, creamy, decadent hot chocolate holiday treat. 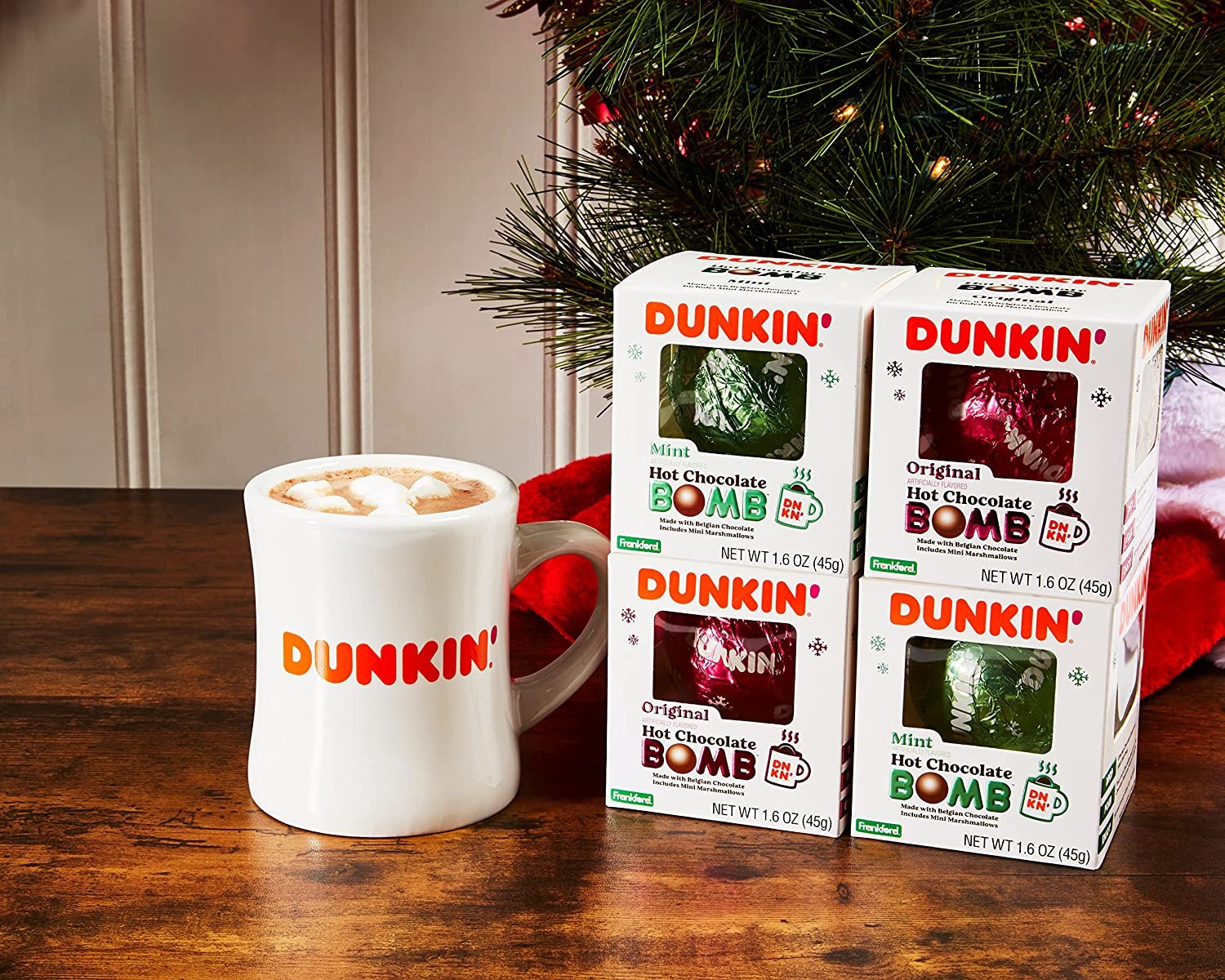 All four flavors are available at a suggested retail price of $3.99 each and are also available online at FrankfordCandy.com and Amazon. 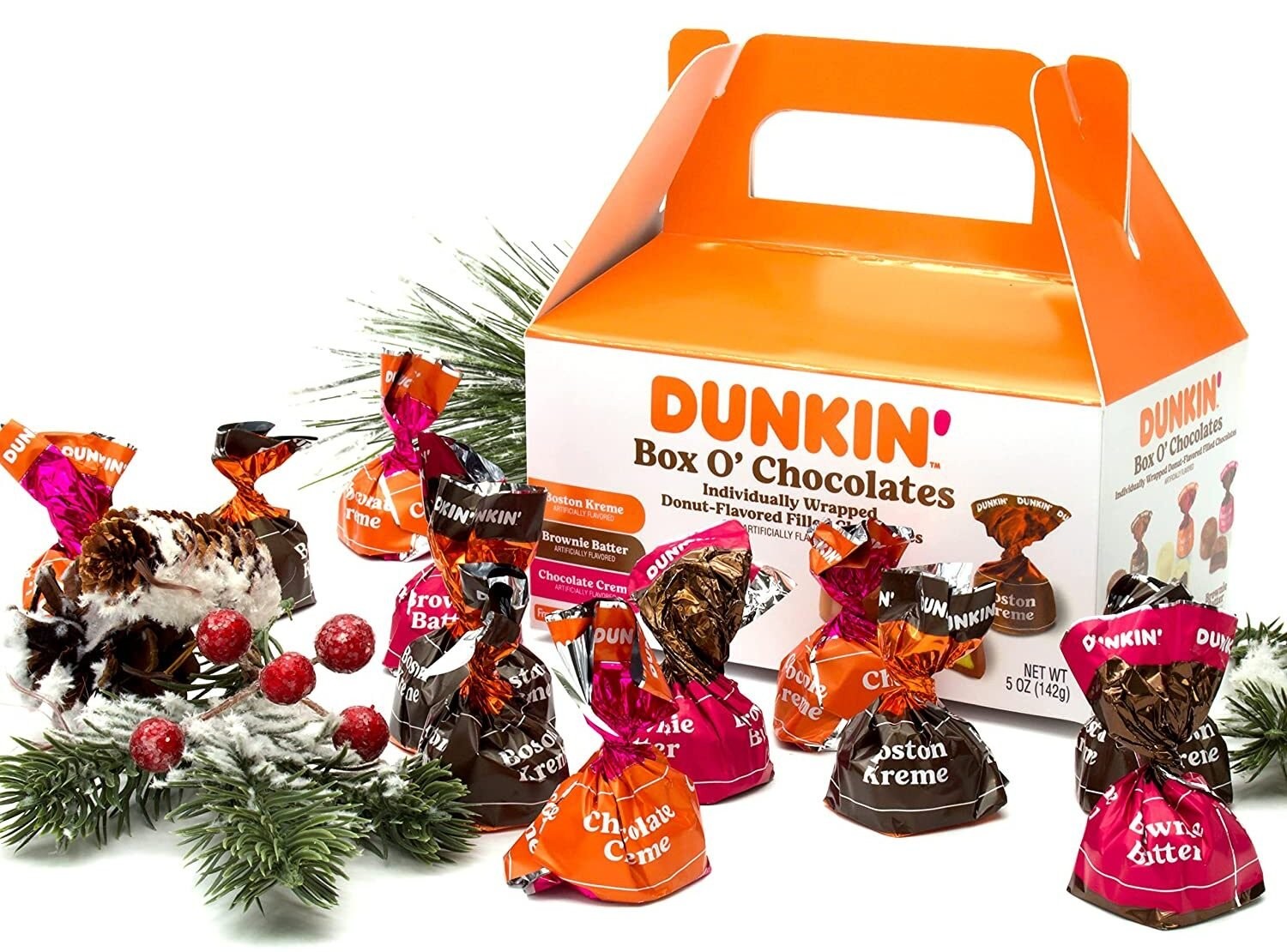 Packaged in a box that looks like the iconic Dunkin’ MUNCHKINS Donut Hole Treats box, the chocolates are available at Walmart, Target, Publix, Kroger, Walgreens, CVS, Rite Aid, and Five Below stores at a suggested retail price of $6.99 per box. The sweet treats can also be found online at FrankfordCandy.com and Amazon. These boxes of sweet treats include individually wrapped donut-flavor-filled chocolates.

“The Dunkin‘ brand is beloved for its delicious variety of donuts and beverages enjoyed by people throughout the day,” said Molly Jacobson, director of business development at Frankford Candy, in a press release. “Now when the Dunkin‘ craving strikes, fans can find some of their favorite flavors in the candy aisle. Our new Dunkin‘ Box O’ Chocolates and Dunkin‘ Hot Chocolate Bomb varieties are perfect for a simple pick-me-up treat or for sharing or gifting while supplies last this holiday season.”