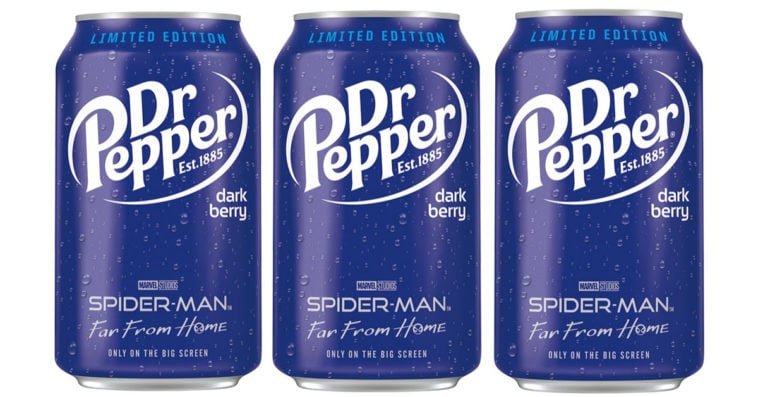 Soft drink brand Dr Pepper has released a new flavor for the first in five years.

Dr Pepper Dark Berry started to roll out in grocery stores nationwide last May 1st. A 12-pack of cans retails around $5.29, while a 20oz bottle has a price tag of $1.99. It’s unclear how long it will be available in the market, so soda lovers are advised to buy now before it’s too late. 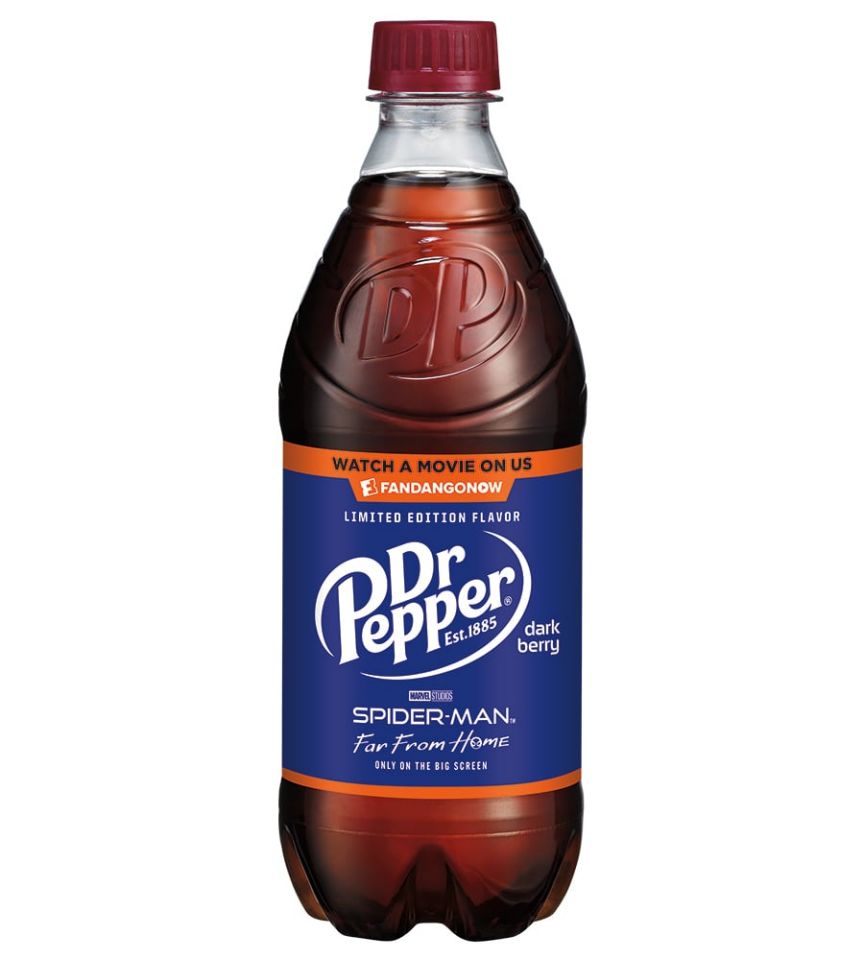 As seen in the photos, Dr Pepper Dark Berry comes in special packaging that promotes the upcoming Spider-Man: Far From Home movie. Set to hit the theaters on July 5th, the Jon Watts-directed movie follows Peter Parker (Tom Holland) as he teams up with Mysterio (Jake Gyllenhaal) to battle the Elementals from another Earth. Also starring in the superhero movie are Samuel Jackson as Nick Fury, Zendaya as MJ, Cobie Smulders as Maria Hill, and Jon Favreau as Happy Hogan, among many others.

Spider-Man fans can receive a Fandango movie ticket when they buy three Dr Pepper Dark Berry 12-packs. Check the box to find out more information about the ticket giveaway.