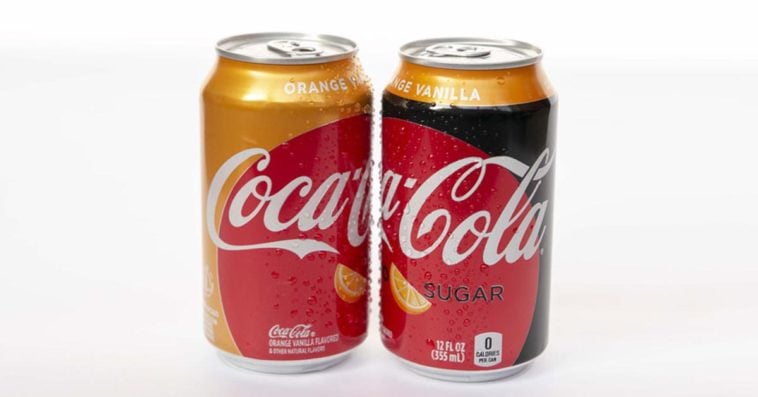 For the first time in 12 years, The Coca-Cola Company is releasing a brand new Coke flavor later this month.

The Orange Vanilla Coke and the Orange Vanilla Coke Zero Sugar will hit stores nationwide starting February 25th in 12-ounce cans and 20-ounce PET bottles. Promotional 12-ounce sleek cans of the new flavor will also be available for a limited time. Additionally, soda lovers can get a taste of the new drink at Wendy’s restaurants in Coca-Cola Freestyle fountain dispensers through the end of the NCAA March Madness basketball tournament before rolling out nationally across all Freestyle units.

The decision to come up with a new Coke flavor came after the soft drinks maker found a considerable growth in the retail sales of flavored Coca-Cola beverages even without substantial marketing. “We had not touched our flavors from an innovation standpoint point — or really a messaging or marketing standpoint — for a really long time,” Coca-Cola trademark brand director Kate Carpenter told Business Insider. “But, despite that, our flavor portfolio was growing.”

Before settling on Orange Vanilla as the new Coke flavor, the Coca-Cola North America innovation team also considered three other flavors – raspberry, lemon, and ginger. But because focus groups loved the combination of orange and vanilla more than any other flavor in the running, the creamy and citrusy flavor emerged as the top choice. The Orange Vanilla coke was made available in Canada last summer, and the consumers there loved its taste.

“We wanted to bring back positive memories of carefree summer days,” Carpenter said in a statement, announcing the upcoming debut of the new Coke flavor. “That’s why we leaned into the orange-vanilla flavor combination – which is reminiscent of the creamy orange popsicles we grew up loving, but in a classically Coke way.”

A full marketing campaign for the new flavor will be launched in the coming weeks across TV, social, digital, outdoor, mobile, radio, and experiential.