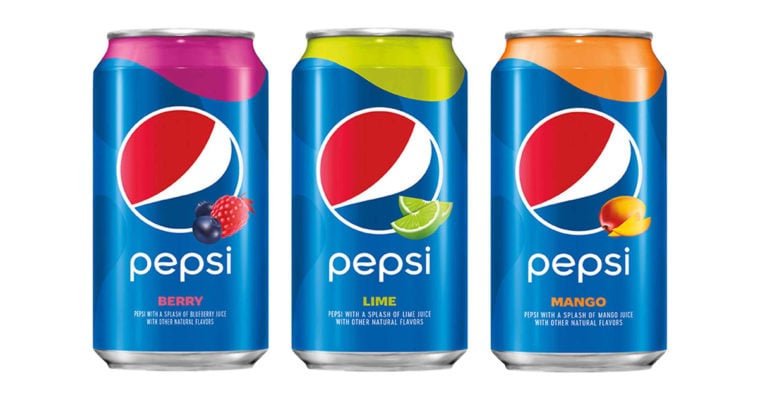 The Pepsi Berry is made with a splash of real blueberry juice, while the Pepsi Lime and the Pepsi Mango contain dashes of real mango juice and lime juice with other natural flavors.

“We are really excited to release these three new flavors, as they provide our fans with a flavorful new cola experience that combines the delicious flavor of an ice-cold Pepsi with a splash of real fruit juice,” said Todd Kaplan, vice president of marketing at Pepsi, in a statement announcing the release of the new drinks. “This unique twist on cola creates an unbelievably delightful taste profile that is unparalleled in the marketplace, creating a refreshing way for people to cool off in the warm weather.”

Though Pepsi Berry, Pepsi Lime, and Pepsi Mango are brand new flavors, similar versions of them have actually been released before. A bright-blue Pepsi that tasted like blueberries and raspberries was available in the early 2000s. Diet Pepsi Lime hit the shelves in the spring of 2005, and a flavor called Paradise Mango was added to the Pepsi Next line back in 2012.