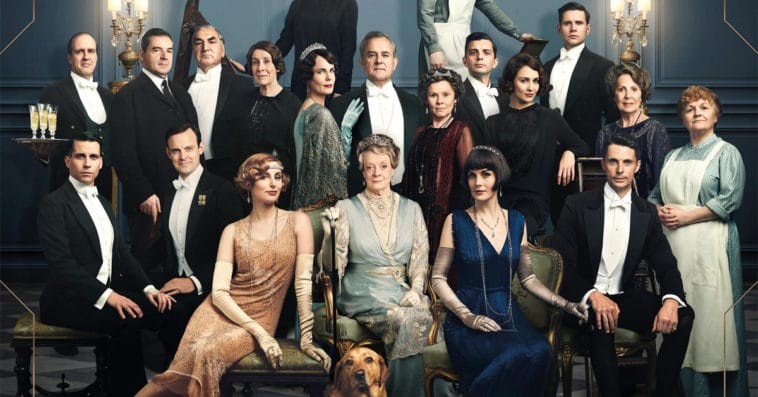 The Crawleys are coming back to the big screen.

Focus Features and Carnival Films announced on Monday that Downton Abbey 2, a sequel to the 2019 film Downton Abbey, is officially a go.

Simon Curtis, who is best known for helming the 2011 biographical drama My Week with Marilyn, is directing the follow-up film. Michael Engler, who directed the first movie, is currently hard at work on HBO’s upcoming historical drama series The Gilded Age, which is also created by Fellowes.

The official announcement of Downton Abbey 2 came two months after franchise star Hugh Bonneville (Robert Crawley) revealed in the British radio program The Zoe Ball Breakfast Show last February that he had seen the script for the sequel and everyone was eager to start working on it.

Which cast members are returning for Downton Abbey 2?

According to the announcement, the “entire” Downton Abbey cast is coming back for the sequel. This includes Bonneville, Laura Carmichael (Edith Pelham), Jim Carter (Charles Carson), Michelle Dockery (Lady Mary Talbot), and Maggie Smith (Violet Crawley), among many others.

In addition to returning cast members, the follow-up movie will also star franchise newcomers Hugh Dancy (Hannibal), Dominic West (The Affair), Laura Haddock (Da Vinci’s Demons) and Nathalie Baye (Catch Me if You Can). Details on their roles are being kept under wraps.

We're thrilled to announce that Julian Fellowes and the entire Downton cast are back for #DowntonAbbey2, with Hugh Dancy, Laura Haddock, Nathalie Baye and Dominic West joining! See the film in theaters this Christmas. pic.twitter.com/DkEfo8ODzm

What is Downton Abbey 2 about?

The first film, which was itself a continuation of the 2011-2016 ITV/PBS series of the same name, followed the Crawley family and Downton Abbey staff as they prepared for a visit from the King and Queen of England in 1927. But since plot details on Downton Abbey 2 are yet to be revealed, it’s unclear whether the sequel will follow the first film’s formula, where another illustrious dignitary will visit the estate, sending the Crawleys and their staff into a dither.

What is the release date for Downton Abbey 2?

“After a very challenging year with so many of us separated from family and friends, it is a huge comfort to think that better times are ahead and that next Christmas we will be reunited with the much-beloved characters of Downton Abbey,” said Neame, executive chairman of Carnival Films and producer of the sequel.

Focus Features chairman Peter Kujawski also commented on the December theatrical release of Downton Abbey 2, saying, “There’s no place like home for the holidays, and we can’t imagine a better gift than getting to reunite with Julian, Gareth, and the entire Downton family in 2021 to bring the Crawleys back home for their fans.”