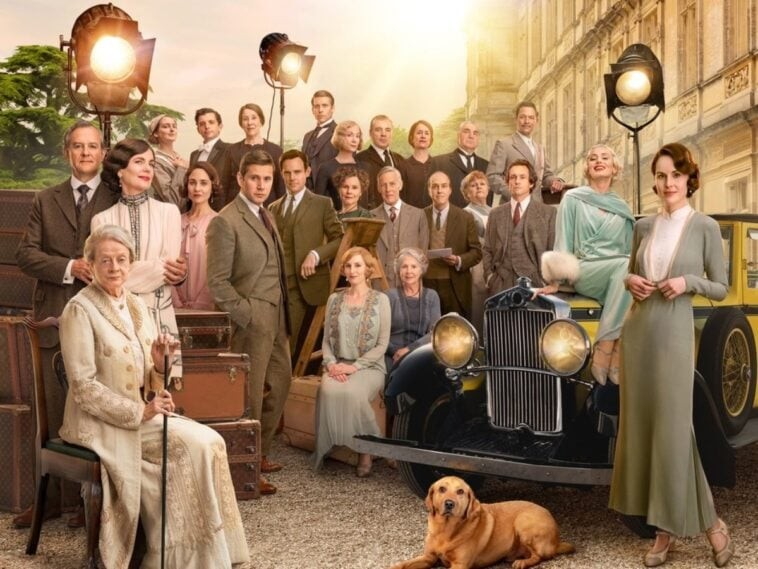 Downton Abbey is available on Peacock for free

Downton Abbey has been dominating our TV screens since 2010. While the television series ended back in 2015, the producers kept us hooked with a film back in 2019, and an encore complete with a sequel in May of this year.

If you’re ready to jump onto this period drama bandwagon or are interested in re-watching it, you’re probably wondering where to watch Downton Abbey online.

Where to watch Downton Abbey online

All six seasons of this European historical drama are available for streaming on Amazon Prime, Vudu, Google Play, and Apple iTunes. For a paid subscription, you can immerse yourself in the twists and turns of this television series ad-free.

Can I watch Downton Abbey on Netflix?

Although the television series have been up on Netflix up until very recently, the streaming platform no longer has Downton Abbey on it.

What channel can I watch Downton Abbey for free?

Downton Abbey is free to stream on Peacock. The entire series is included in Peacock’s basic plan, which is free and ad-supported. This means you’ll only have to watch a limited number of commercials during your binge-watch experience. Put on your nightcap and binge-watch this very fixating historical drama on Peacock for free.

What is Downton Abbey about?

Downton Abbey is a period drama set in England in the early 1900s. The show follows the tale of a fictional estate owned by the very affluent, aristocratic Crawley family.

The plot centers around how the opulent and wealthy lives of the Crawleys, more so as a consequence of the Downton Abbey estate’s large household staff. The series even features true-to-life historical events where viewers get a glimpse of World War I and the Spanish Influenza through the eyes of an expansive estate.

The main characters, Robert and Cora Crawley, are portrayed by Hugh Bonneville and Elizabeth McGovern. Alongside Maggie Smith as the Dowager Countess Violet Crawley, the plot continuously thickens and transforms over a span of six series.

As historical films and series have been gaining popularity recently, Downton Abbey is a hit series that you can definitely add to your weekend watchlist!

Is Downton Abbey a true story?

Downton Abbey is a period drama that frequently features true-to-life historical events, however, there’s plenty of fiction added to the mix.

Why is Downton Abbey so popular?

Downton Abbey has skyrocketed to international fame thanks to its depiction of historic literary works. Incorporating real-life events in a TV show has become a popular theme recently, so it’s no surprise that Downton Abbey rose to prominence. To top that, the series is spearheaded by a talented cast that brings each scene to life on viewers’ TV screens.

Is the Crawley family real?

The fictional Crawleys of Downton Abbey were inspired by the Earls and Countesses of Carnarvon. And they actually still reside at Highclere Castle, where the popular TV series is filmed.

How rich is the Crawley family?

Although fictional, the Crawley family is immensely wealthy. With the family’s patriarch, Robert Crawley, being worth $1.1 billion, Forbes magazine even included him on their “Fictional 15” list.

How many Downton Abbey movies are there?

Do you have to watch the Downton Abbeytelevision series before watching the movies?

You can watch both movies without watching the television series first, as the storyline takes on a new angle. However, if you want to feel more connected to the characters and be more familiar with the premise of the plot, it is still advisable to watch the Downton Abbey TV series before diving into the full feature movies.

Is season 6 the final season of Downton Abbey?

Season 6 is the final season of the romantic period piece.

Why are there only 6 seasons of Downton Abbey?

Warning: mild spoiler ahead!  When you love a TV show, you can’t help but wish that it would never end. But after 6 successful seasons, Downton Abbey came to a conclusion with all the characters finding their happy-ever-afters.

Is there a season 7 of Downton Abbey?

Given the vast popularity of Downton Abbey, fans have been wishing and waiting for season 7 to be announced. However, at this point, there has been no news season about a potential release date for season 7. That said, according to Marca, on some forums, there have been rumors circulating of a possible season 7 script that would be set after World War II.