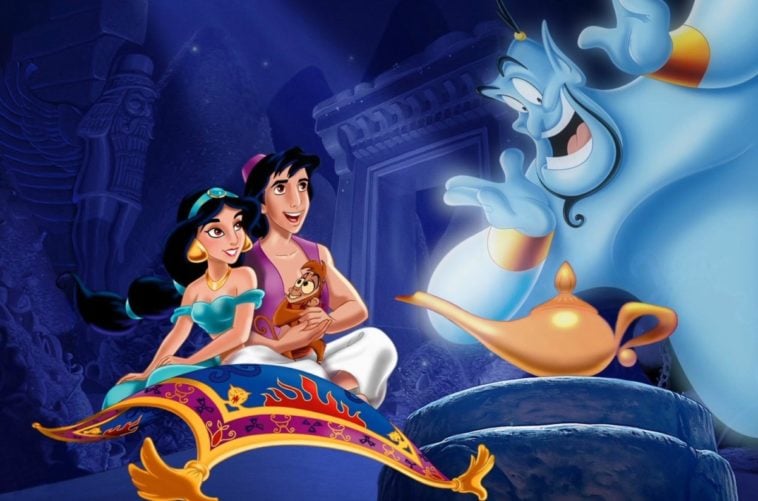 According to several media outlets, the upcoming live-action reimagining of Disney’s Aladdin will introduce a lineup of new songs.

Reports suggest composer Alan Menken – best known for his work on Disney’s Beauty and the Beast, Pocahontas, Hercules, and the 1992 adaptation of Aladdin – will enlist the help of Justin Paul and Benj Pasek. The duo of Paul and Pasek have won an Oscar, Grammy, and Tony award for their work, which includes The Greatest Showman, La La Land, and the Broadway hit Dear Evan Hansen.

All three men are working together on at least two new songs for the Guy Ritchie-directed flick, Variety noted. Said report goes on to say Paul and Pasek are tasked with writing a “new song for Jasmine, as well as a new duet for her and Aladdin that Paul described as a ‘sweet song’.”

So far, the studio has declined to comment further, which leaves many wondering how these new songs will tie into the story. Several media outlets are speculating that Disney may abandon some of the original pieces in favor of the new additions. Others, however, believe such a move poses too big a risk as the company may turn off a segment of the fan base.

Following the success of Disney’s The Jungle Book retelling in 2016, the company has ordered a host of live-action remakes. In 2017 we saw Beauty and the Beast, this year we’ll get The Nutcracker and the Four Realms – 2019, however, is jam-packed with new films.

Not only will we get Aladdin – due May 24th – but we’ll also see a live-action Dumbo in March and the highly anticipated Lion King remake in July. We also recently reported on Disney’s Mulan reimagining, which is set for a 2020 release date.

The 2019 adaptation of Aladdin will be led by Canadian actor Mena Massoud. British actress Naomi Scott will play Princess Jasmine, while Will Smith takes on the role of the Genie.