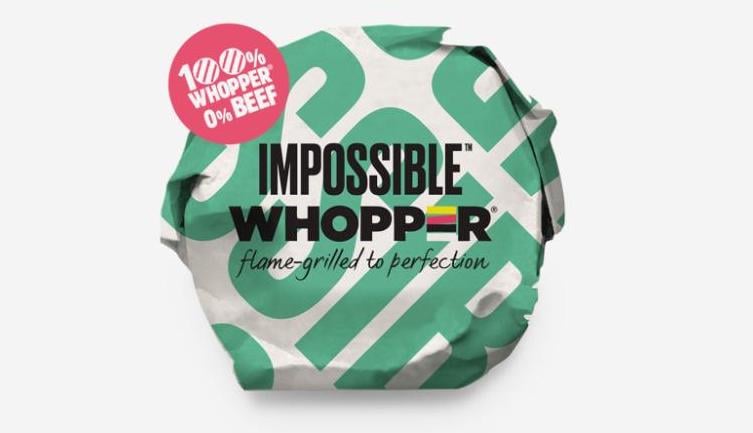 Burger King is about to roll out a new, veggie-based Whopper at select locations in and around St. Louis. The burger will rely on plant-based ingredients from a California company called Impossible Foods. Appropriately dubbed the Impossible Whopper, BK says the new item was created with the hopes of attracting more vegan and vegetarian customers, as well as provide a healthy alternative to beef burgers.

While the official numbers have yet to be confirmed, the Impossible Whopper is said to have “slightly fewer calories… and is very low in cholesterol and has zero trans fats.”

For what it’s worth, BK says the Impossible Whopper is designed to mimic the regular Whopper in terms of texture and taste, which would make it wholly unlike other fast-food veggie burgers.

As industry sales continue to dip, more and more fast-food companies are beginning to offer vegan and vegetarian options in a bid to win over health-conscious Millennials. In fact, Impossible Foods claims to have its plant-based products in nearly 6,000 restaurants across the country.