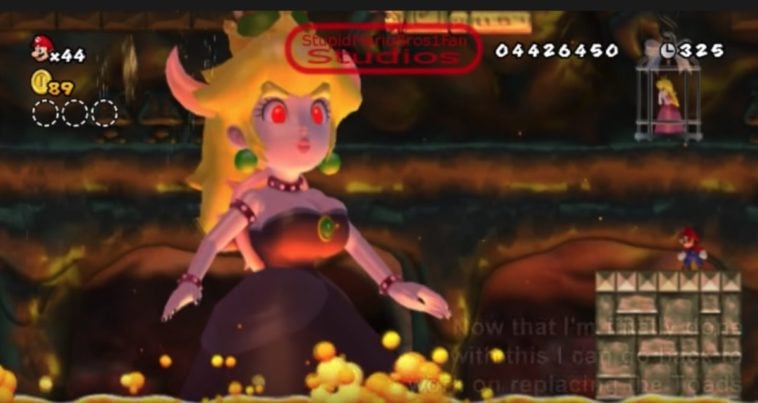 A Youtube gamer called SuperMarioBros1Fan just took ‘Bowsette-mania’ up a notch with the creation of a custom Bowser / Peach mod for New Super Mario Bros.

The terrifying, fire-breathing character was meticulously created by mending together characteristics from other mods, as well as created a number of original features from scratch. In addition to crafting the character’s spot-on looks, the modder went the extra mile by designing a number of custom animations too.

And thankfully, if you’d like to battle Bowsette yourself, SuperMarioBros1Fan was nice enough to provide fans a download link, meaning you won’t have to toil away for hours (or days) creating the character from scratch.

What’s more, as Bowsette’s online fandom continues to grow, it’ll be interesting to see what pops up next!