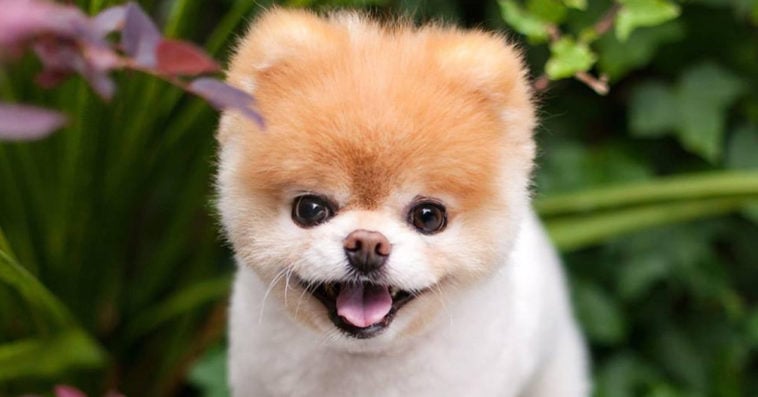 Boo, the Internet-famous Pomeranian once dubbed as the world’s cutest dog, has died. He was 12.

In a Facebook post, Boo’s owner informed the dog’s 16 million fans that he had passed away early Friday morning in his sleep.  “With deepest sadness I wanted to share that Boo passed away in his sleep early this morning and has left us to join his best friend, Buddy,” wrote Boo’s owner. “Our family is heartbroken, but we find comfort knowing that he is no longer in any pain or discomfort. We know that Buddy was the first to greet him on the other side of that rainbow bridge, and this is likely the most excited either of them have been in a long time.”

Buddy was Boo’s dog friend who died last September 6th, 2017. Boo and Buddy have the same owner, who shared in the Facebook post that the friendship of the two dogs began almost 13 years ago.

“I brought Boo home in the spring of 2006 and so started the greatest, most heartwarming friendship of all time,” said the dogs’ human. “[But] shortly after Buddy died, Boo showed signs of heart issues. We think his heart literally broke when Buddy left us. He hung on and gave us over a year. But it looks like it was his time, and I’m sure it was a most joyous moment for them when they saw each other in heaven.”

When Boo became an Internet sensation, San Francisco-based publisher Chronicle Books approached the owner to write a picture book. In August 2011, Boo: The Life of the World’s Cutest Dog, written by his owner under the pen name J. H. Lee, was published. The book was eventually published in ten languages: Portuguese, Finnish, French, German, Norwegian, Italian, Japanese, Korean, Turkish, and a Chinese-language edition sold in Taiwan. In July 2012, a second book titled Boo: Little Dog in the Big City was published.

According to Mike Isaac, writer at tech news site AllThingsD, Boo and Buddy’s owner is Irene Ahn, a finance lead at Facebook. While Boo’s publicist at Chronicle Books, April Whitney, didn’t confirm Ahn as Boo’s owner, she made it clear that Boo’s owner never sought fame or fortune.

“She didn’t contact us, we contacted her when Boo only had 60,000 Facebook fans,” Whitney told Business Insider in 2012. “It might appear to people like she’s creating all these things for Boo, but the only online presence she’s made for him is his Facebook page.”