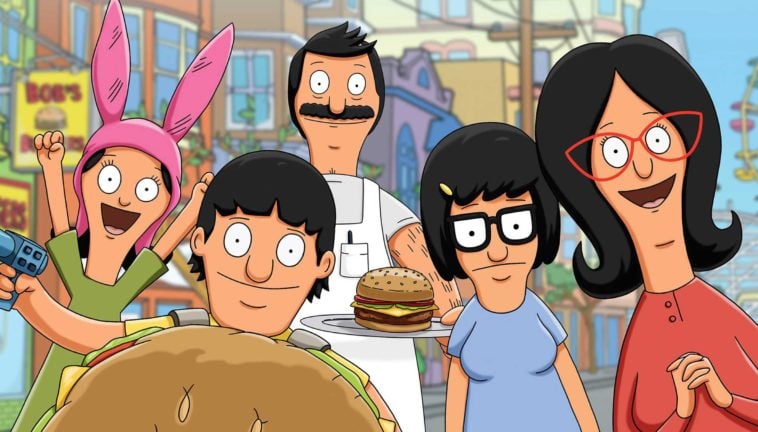 Ever since South Park and Family Guy first burst onto the scene in the late 1990s, adult-skewing animated shows have maintained an impressive level of popularity ever since. While many of them have failed to secure the sort of longevity that’s seen the natives of South Park and Quahog remain on the airwaves for well over two decades, one of the few that’s managed to recapture a similar level of both quantity and quality over the years is Bob’s Burgers.

The first episode aired in January 2011, and ever since then, the animated sitcom has slowly gathered a reputation as one of the finest TV shows of the modern era. Over the course of the last 194 episodes, the Belcher family has found themselves the subjects of widespread critical acclaim, not to mention receiving nine Primetime Emmy nominations including seven consecutive nods for Outstanding Animated Program, with Bob’s Burger picking up the trophy in 2014 and 2017.

Reruns and syndication has seen the fanbase grow exponentially over the years, and the series can now comfortably be called an undoubted cult favorite. Creator Loren Bouchard deserves immense credit for taking what seems like a very limited setup and continually finding new ways to approach the characters and storylines, especially when most other animated sitcoms tend to run out of gas after a few seasons.

Bob’s Burgers has even been referenced in The Simpsons and Family Guy, while the Season 4 premiere of Archer saw voice actor H. Jon Benjamin pull off a very meta crossover when the bumbling secret agent took the missing Bob’s place while suffering from a dissociative disorder. There’s even a very much on-brand cookbook that was released in 2016 and features recipes for many of the daily specials glimpsed on the eponymous joint’s chalkboard.

Like any series that’s aired for as long as it has, ratings for Bob’s Burgers aren’t as strong as they used to be, but a Sunday night animation that still pulls in an average of almost 2.5 million viewers is undeniably impressive when streaming services and on-demand content have completely changed the way audiences consume media.

The tenth season only wrapped up in May, but Bob’s Burgers will be back on our screens this weekend, following the standard formula that sees the show premiere on the last Sunday of September that’s been the favored release model ever since Season 3.

The latest run of episodes may not have even debuted yet, but fans can rest easy in the knowledge that Bob’s Burgers will be sticking around for a while yet. Not only is a feature-length movie scheduled to hit theaters in April 2021, but it was also announced that the longtime favorite had been given a two-season renewal.

Some fans may have feared that Bob’s Burgers could be destined for the chopping block when Disney completed their takeover of Fox, but those doubts can be definitively laid to rest now that the rebranded 20th Century Television has officially confirmed that the Belcher family are guaranteed to return for at least a twelfth and thirteenth season.