Unless you’ve been living under a rock, you’re likely aware that today’s best new iPhones and Samsung Galaxy flagships easily cost upwards of $1000. Even the slightly more basic iPhone 11 and Galaxy S10e cost $700 or more. That’s a lot of money to spend on a device you’ll only be using for a couple years. While you can spread the cost over time by subsidizing these handsets through a carrier plan, or wait a few months for deals on the latest models, there is another way, at least in the world of Android.

Alongside these premium flagships, there’s an entire category of affordable flagships — smartphones with the same features and specs as their more expensive cousins — that are made by reputable brands lesser known in the US but cost significantly less. Most are officially sold in the US, come with a warranty, and work on T-Mobile, AT&T, and related carriers. Some are even sold by carriers, and some also support Verizon (LTE only). Here’s my pick of the top six Android flagships for under $600.

ZTE is one of the oldest Chinese phone manufacturers. It’s best known in the US for its budget handset and hotspots (typically sold by carriers), but it also designs high-end devices — some of which (Axon 7, Axon M) have been quite popular with mobile aficionados worldwide. The Axon 10 Pro is the company’s latest flagship and it’s available in the US for $549 (8GB RAM / 256GB storage), complete with Verizon support (LTE only).

In my review, I wrote: “The ZTE Axon 10 Pro is an affordable flagship with impressive specs that performs like a champ in every way — except the cameras.” Since quality imaging is very important these days, the Axon 10 Pro is harder to recommend than the other phones in this story, but if you value specs above all, go right ahead. In many ways, this handset is the polar opposite of Google’s Pixel 3a ($400), which combines middling (but very usable) components with one of the best cameras on the market today. 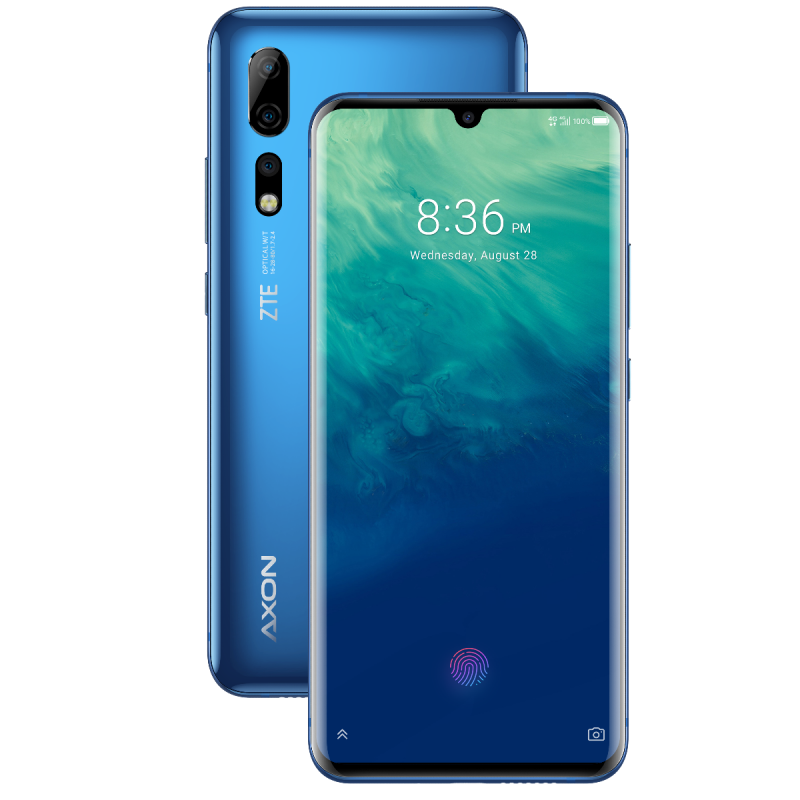 The ZTE Axon 10 Pro is an affordable flagship with impressive specs that performs like a champ in every way — except the cameras.

ASUS is a Taiwanese company that’s best known for making nice laptops, but also happens to design interesting smartphones. The ASUS ZenFone 6 is the company’s newest flagship and it’s available in the US for $499 (6GB RAM / 64GB storage). Like most other handsets in this article, the ZenFone 6 boasts Qualcomm’s speedy Snapdragon 855, a multi-rear camera system (Sony IMX 586 f/1.8 48MP main shooter and 13MP f/2.4 ultra-wide camera), plus a massive 5000mAh battery with 18W fast charging. It also features a bezel/notch-less 6.4-inch 1080p 19.5:9 IPS display and (gasp!) a headphone jack — oh and it comes with an almost stock build of Android 9 (Pie).

What’s different here is that the twin rear shooters are mounted on a motorized pod that flips up to 180-degrees. You can set this flip camera to any angle — from stowed flush with the back panel, to facing the front for selfies. It’s like having an adjustable display on a DSLR. And when shooting panoramas, the software automatically pans the motorized pod to capture the entire scene without fuss. Neat!

Xiaomi, which owns the Redmi sub-brand, is one of China’s largest phone manufacturers, and is known for incredible value both at home and abroad (it’s super popular in India). The Xiaomi Mi 9T Pro is a true affordable flagship that’s available on Amazon for about $400 (6GB RAM / 128GB storage). Ditto the Redmi K20 Pro, its identical twin. 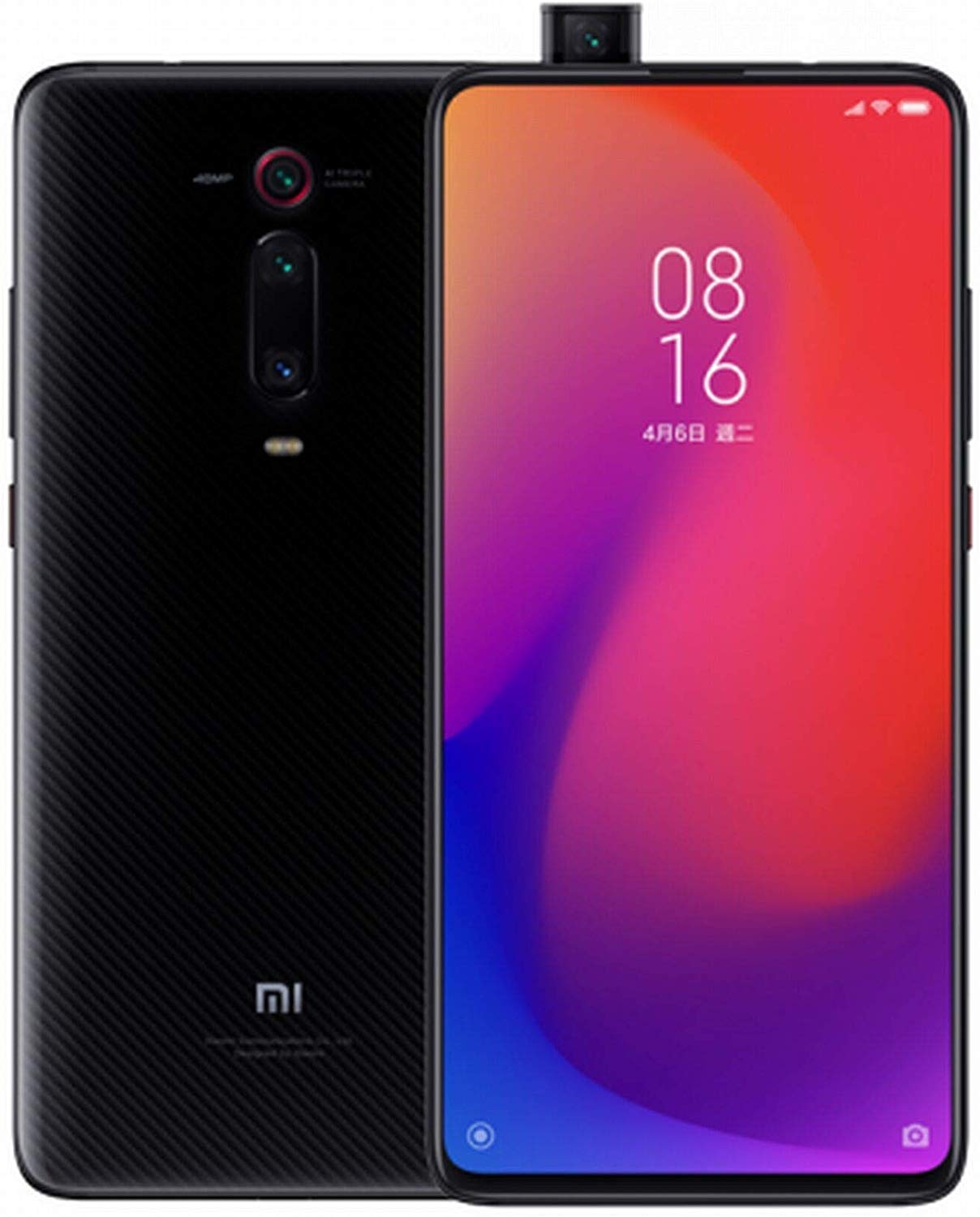 Nubia was originally owned by Chinese parent ZTE but is now an independent company. Despite selling phones all over the world for several years, it’s best known in the US for its Red Magic sub-brand of affordable but powerful gaming phones. The Nubia Z20 is the company’s latest flagship and is available directly from Nubia for $549 (8GB RAM / 128GB storage).

It packs Qualcomm’s mighty Snapdragon 855+, a triple rear camera system (Sony IMX 586 f/1.7 48MP main shooter with IOS, ultra-wide camera, and 3x telephoto shooter), plus a large 4000mAh battery with 27W fast charging. But what really sets this handset apart, is the dual-screen setup. In front, there’s a bezel/notch-less 6.42-inch 1080p 19.5:9 AMOLED display, and in the back under the camera pod, there’s a 5.1-inch 720p 19:9 AMOLED panel. Want to take a selfie? Just use the main shooter and the rear screen becomes the viewfinder. You can even run separate apps on each side — the Z20 knows which display is pointing up and turns the other one off. It also features dual fingerprint sensors (on the left and right edges) so it’s easy to unlock no matter which screen you’re looking at. Finally, it runs an almost stock build of Android 9 (Pie). 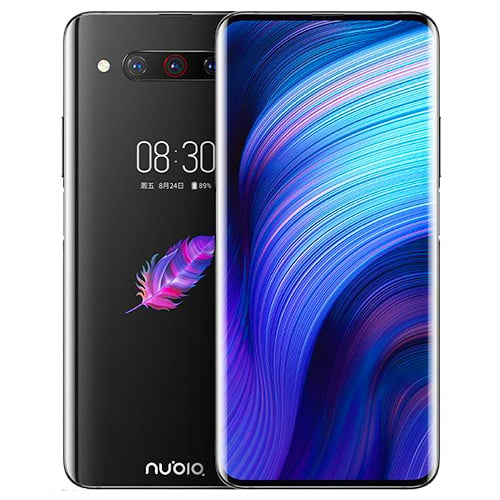 If you’re looking for something different and cool, check out the funky dual-screen Nubia Z20

Honor is a sub-brand of the Chinese giant Huawei — best known for being added to an “entity list” by the US government earlier this year, and being banned from doing business with US companies. This is quite unfortunate since Huawei makes some of the best smartphones in the world and is one of the most innovative players in mobile technology. Its handsets are best sellers in many foreign markets, duking it out for first place with Apple and Samsung. Honor phones are more affordable than similarly specced Huawei models, and geared to a younger demographic.

The Honor 20 Pro is one of the company’s latest flagship and is one of the last devices launched by Huawei before the aforementioned ban took effect. As such, it features Google Mobile Services and will receive Android security updates. It’s available in the UK for £479.95 (8GB RAM / 256GB storage) and will likely cost less than $600 to import into the US. In my hands-on, I said: “Overall, the Honor 20 Pro is shaping up to be a solid affordable flagship.” 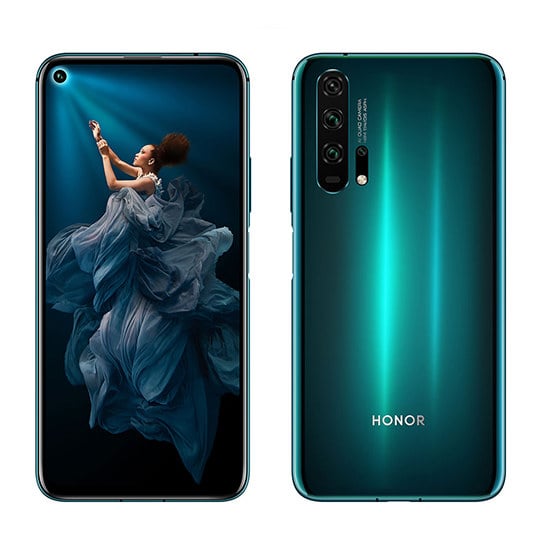 For the best possible imaging experience in an affordable flagship, consider the Honor 20 Pro.

OnePlus is a Chinese company catering mostly to foreign markets that’s been making affordable “flagship killers” (marketing hyperbole, I know) since 2013. Its phones have gained a reputation for being fast, affordable, and running an almost stock build of Android. Select models are available directly from T-Mobile and Sprint.

The OnePlus 7T is one of the company’s latest product and is available from OnePlus and T-Mobile for $599 (8GB RAM / 128GB storage). As a bonus, it also works on Verizon (LTE only). In my review, I wrote: “The OnePlus 7T is an outstanding premium flagship that offers blistering performance at a bargain price.”

The OnePlus 7T is an outstanding premium flagship that offers blistering performance at a bargain price.

While every phone in this comparison offers flagship-grade performance and features for less than $600, each has its pros and cons. If you’re seeking the best all-round handset, look no further than the OnePlus 7T. For the best possible imaging experience in an affordable flagship, consider the Honor 20 Pro. If you’re looking for something different and cool, check out the funky dual-screen Nubia Z20. For maximum affordable flagship value, get the Xiaomi Mi 9T Pro or Redmi K20 Pro. If you live and die by your Instagram selfies, pick the ASUS ZenFone 6. Finally, if you want the best specs for the money, and can live with a so-so shooter, enjoy the ZTE Axon 10 Pro.

Me? I’ve conveniently ranked the phones in this post from worst to best based on my own requirements, so I’d pick the OnePlus 7T. This doesn’t mean that what‘s right for me is also right for you, so keep that in mind. Still, I believe my recommendations are valid for the majority of people. Either way, you’re welcome!