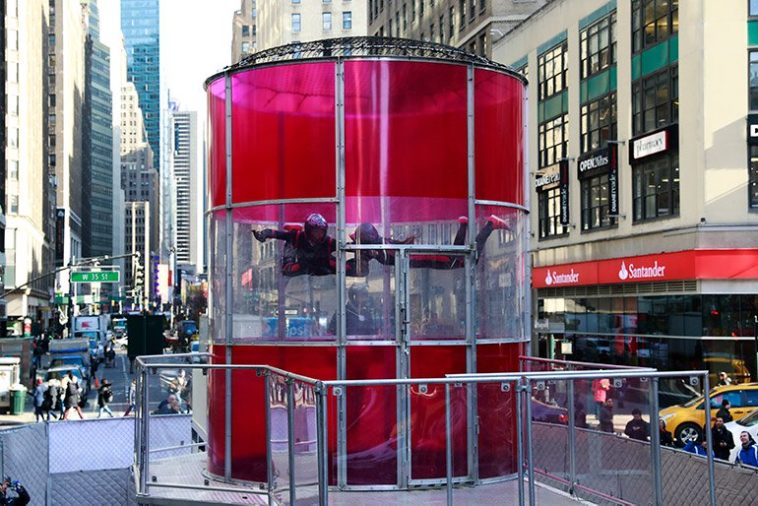 To celebrate the phone’s availability, T-Mobile has several deals that they’re offering including 4 unlimited lines with 4 new Galaxy S10e phones included for $40 per line, half-off the S10e, and up to $390 off the S10 and S10+ or a third line free for new and single line T-Mobile ONE customers.

T-Mobile celebrated the launch today by offering a super fly experience at Herald Square in New York where folks could come and experience a free-flying wind-tunnel. If you’re not so adventurous, you can always go into the T-Mobile signature store at Herald Square and try out the demo units of the Samsung Galaxy S10 LTE smartphones yourself.

“T-Mobile customers soar above the rest on America’s fastest LTE network, and these new Samsung Galaxy superphones really fly,” said John Legere, CEO of T-Mobile. “But you know, we feel bad for anyone stuck with the carriers…everyone deserves to experience the speed and thrill of the Un-carrier, so come hang with us in Herald Square today — we’ll take you flying. Literally.”

Here’s a recap of all of T-Mobile’s current promotions for the Galaxy phones:

Metro by T-Mobile will carry the Galaxy S10e in Prism Blue and the Galaxy S10+ in Prism White in stores starting today for $749.99 FRP and $999.99 FRP respectively.