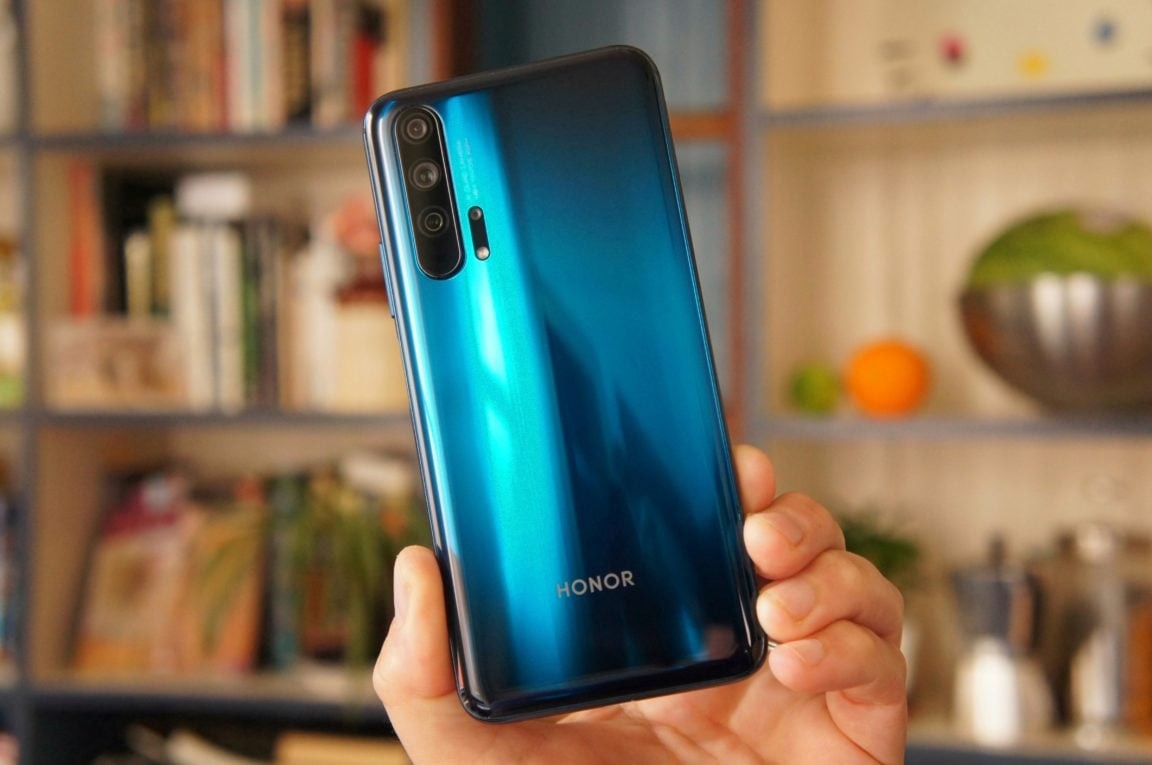 So you think the OnePlus 7 Pro’s three rear cameras are cool? How about four rear cameras? That’s exactly what Honor brings to the table with the Honor 20 Pro. The phone, which launched in London today, isn’t technically the first handset with four shooters in back — Samsung and Huawei have done this before — but it’s the first to offer a 48MP f/1.4 main camera with OIS, 16MP f/2.2 ultra wide-angle lens (117-degree FoV), 8MP f/2.4 3x telephoto camera with OIS, plus a 2MP f/2.4 macro lens. It’s a pretty unique combination, since the fourth shooter is usually a depth or time-of-flight (ToF) sensor.

What about the rest of the phone, you ask? The Honor 20 Pro packs a vibrant 6.26-inch 1080p IPS screen with almost no bezels and a punch hole for the 32MP f/2.0 selfie camera, a flagship-grade Kirin 980 chipset, 8GB of RAM, 256GB of built-in storage (non-expandable), and a massive 4000mAh battery. Not too shabby. It runs Honor’s Magic 2.1 UI in top of Android 9 (Pie), and features a side-mounted fingerprint sensor, notification LED, mono speaker, and USB Type-C port (22.5W SuperCharge compatible). There’s no headphone jack, wireless charging support, or official water resistance rating.

I’ve been using the Honor 20 Pro for a few days and it’s quite lovely. Design-wise, it’s a super shiny glass sandwich. The company calls this Dynamic Holographic Design; I’d call it striking, but also a fingerprint magnet. It’s almost the same size — albeit a little wider — as Google’s new Pixel 3a, which makes it easy to grip yet provides significantly more display real-estate in a similar footprint. Like other handsets that marry a 1080p display, Kirin 980 processor, and 4000mAh cell, performance and battery life are top notch. As such, it’s a pleasure to use despite Honor’s heavy-handed Android skin.

But it’s the camera that really shines with the Honor 20 Pro. The main shooter combines Sony’s excellent IMX 586 sensor (48MP quad Bayer), a large aperture (f/1.4) optically stabilized lens, and Honor’s proven AI-based image processing for great results, especially in low light. It’s the same story with the ultra wide-angle and telephoto cameras, which also deliver fine pictures. Honor clearly benefits from Huawei’s expertise here — think of the Honor 20 Pro as a P30 in disguise. The only wildcard is the macro. It’s fixed focus (set to 4cm / 1.57in) and low resolution at just 2MP (albeit with 1.75-micron pixels).

I’ll need more seat time to decide if the macro is actually useful or just a gimmick. While it works as advertised, it’s possible to achieve similar (and more detailed) results using aperture mode (main sensor) or the telephoto lens. Still, kudos to Honor for trying something different. The screen is decent too (despite not being OLED) so no complaints there. Overall, the Honor 20 Pro is shaping up to be a solid affordable flagship. It’s just unfortunate that Honor’s future access to Google Play services and Android security updates is unclear in light of Google suspending its business with Huawei earlier this week.

Stay tuned for pricing and availability — just keep in mind that it’s unlikely the Honor 20 Pro will make it to the US.