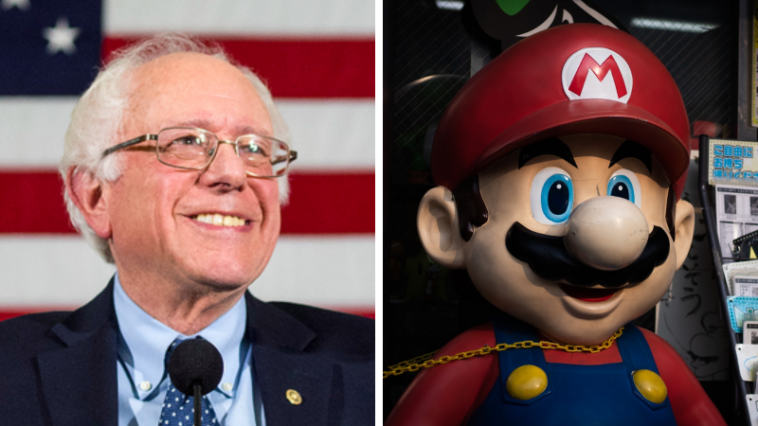 Senator Bernie Sanders has proposed a significant amount of progressive legislation over the years, with much of it focused on income inequality. The presidential hopeful has now targeted the video game industry, noting that while the industry generates billions of dollars in revenue, not much of that revenue goes to the developers who make the games.

Sanders notes that the potential for exploitation in the industry is enormous. As a result, Bernie Sanders has called for unionization in the video game industry to help collective bargaining power and to help improve working conditions within the industry.

The 2020 presidential contender took to Twitter to highlight a recent article by Time, which highlighted the fact that many developers in the industry are “burned out” and “desperate for change.”

The video game industry made $43 billion in revenue last year. The workers responsible for that profit deserve to collectively bargain as part of a union. I'm glad to see unions like @IATSE and the broader @GameWorkers movement organizing such workers. https://t.co/Ia5gMG2v0w

Bernie Sanders also highlighted two organizations, the International Alliance of Theatrical Stage Employees and Game Workers Unite, which are working to unionize the industry. The latter of these two received a considerable amount of attention during 2018’s GDC when discussions about the topic began to flare.

Over the past couple of years, the video game industry has come under repeated criticism for its practice of crunch time, wherein developers are required to put in a considerable amount of overtime to finish a game. Much of this overtime is uncompensated according to many reports.

This was highlighted recently with Telltale Games, which is known for an adaption of the Game of Thrones franchise; the studio would routinely demand last-minute changes in games, which often forced developers to work overtime to meet deadlines and release dates. The studio eventually closed down after failing to find funding for operations amidst the backlash it received for its harsh work practices.