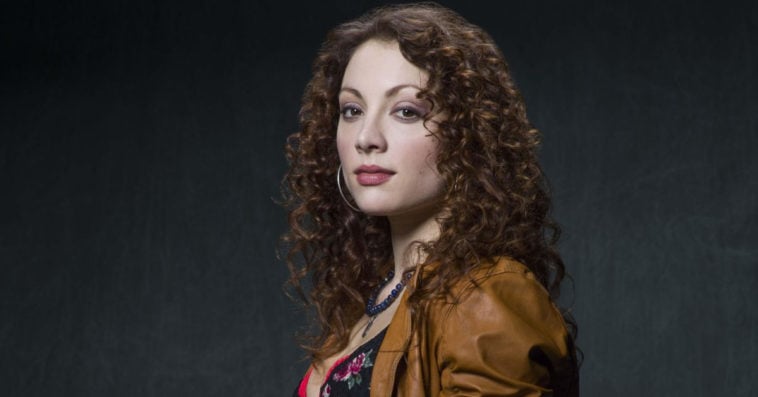 Leah Gibson, best known for her role as Inez Green in Netflix’s Jessica Jones, has joined the cast of The CW’s Batwoman.

Gibson will recur in season 2 of the Arrowverse series as Tatiana, aka The Whisper. Unflappable and cold as ice in the face of danger, skilled assassin Tatiana is one of the most important henchwomen of villain Safiyah Sohail (Shivaani Ghai). Tatiana and Safiyah, however, aren’t simply partners in crime, as the former is said to be “still harboring feelings for her powerful boss.”

In addition to her Jessica Jones’ season 2 stint, Gibson also appeared as Vivienne Schroeder in season 1 of Facebook Watch’s Sacred Lies and as Tamara in season 2 of NBC’s Manifest.

Gibson’s casting was revealed last week alongside the news that Nathan Owens will also recur in Batwoman’s sophomore run. Best known for his portrayal of Cameron Davis on NBC’s Days of Our Lives and his series regular role as Jesse Morgan on Lifetime’s Devious Maids, Owens will play Ocean, a loyal soldier and fighter with a complicated past who moves to Gotham looking for a new beginning.

Filming for season 2 of Batwoman started in Vancouver on September 3rd ― almost two months after it was announced that Javicia Leslie is taking over the show’s title role following the exit of former lead star Ruby Rose from the series at the end of season 1. Leslie will portray a new character named Ryan Wilder who will eventually step into Batwoman’s iconic cape and cowl.

Three weeks into the production of season 2, on-set photos of Leslie began to surface online. The first set of pictures show Leslie wearing civilian clothes, and appearing to stop a robbery in Gotham City, while the second wave of photos features the actress in her full Batwoman suit. There’s also a snapshot of her alongside her co-star Meagan Tandy, who plays Sophie Moore in the series.

NEW BLOG#Batwoman – FIRST LOOK at Javicia Leslie in the Batsuit. PLUS, another pretty big spoiler I was not expecting.https://t.co/tzHwsZBdwl pic.twitter.com/OzemxIxew7

Leslie also took to Instagram last week to share a closeup photo of her in her Batwoman costume. “Look out, Gotham, I’m suited up and ready to go… But just wait until Ryan Wilder puts her own spin on the Batsuit,” the actress captioned the pic.