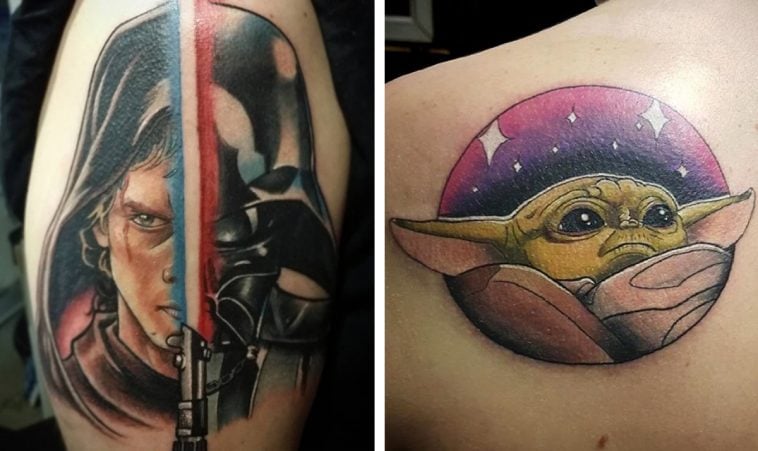 2019 was a big year for the Star Wars franchise. For one, it saw the theatrical release of Star Wars: The Rise of Skywalker that served as the conclusion of the Skywalker saga, which spanned nine movies and 42 years of cinema. Though the reviews for the film were not as favorable as most of the previous installments of the series, The Rise of Skywalker was an undeniable box-office hit.

2019 also saw the debut of the Star Wars spinoff series The Mandalorian, which became an instant hit for the streaming service Disney+, thanks to its super cute character dubbed as Baby Yoda by fans. As expected, the success of both projects has spawned a lot of brand new Star Wars merchandise, from vinyl figures and LEGO sets to clothing and even kitchen appliances.

But if you feel that you’ve already had enough Star Wars collectible, then this might be the time to take your fandom to the next level by getting a Star Wars tattoo of your own. Of course, getting inked is a decision that shouldn’t be taken lightly, so while you weigh the pros and cons of going under the needle, here’s a list of amazing Star Wars tattoos that are definitely worth the pain.

Inspired by the final duel between Darth Vader and Luke Skywalker in Star Wars: Return of the Jedi, this ink by laurenm_tattooer features the father and son duo swinging their lightsabers at each other. While the story behind the swordfight is tragically heartbreaking, the red and green streaks of the lightsabers, plus the tattoo’s starry background make the body art look surprisingly magical.