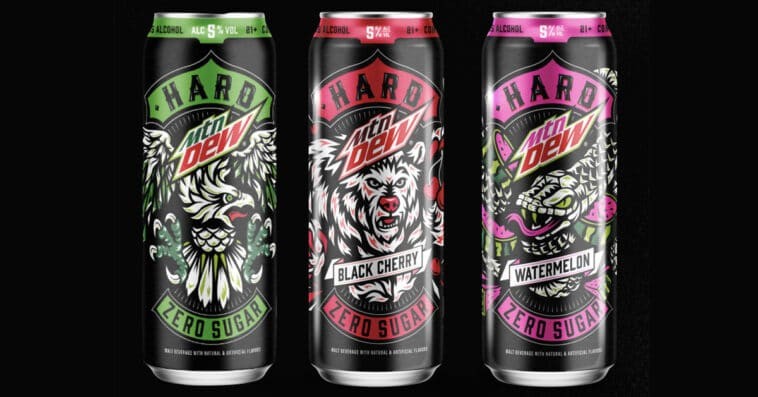 The Boston Beer Company and PepsiCo are working together to create an alcoholic version of Mountain Dew.

To be sold only to adults of legal age and marketed with other alcohol beverages, HARD MTN DEW will be developed and produced by the Boston Beer Company, with PepsiCo setting up a new entity to sell, deliver, and merchandise the drink.

In a press release, the Boston Beer Company and PepsiCo said that they partnered together because they both “understand the importance of delivering new, breakthrough innovations to address the changing tastes of drinkers.”

“We know that adult drinkers’ tastes are evolving, and they are looking for new and exciting flavorful beverages. The combination of our experience in brewing and developing the best-tasting hard seltzers and hard teas, and MTN DEW, a one of kind multi-billion-dollar brand, will deliver the excitement and refreshment that drinkers know and love,” said Dave Burwick in a statement.

PepsiCo Beverages North America CEO Kirk Tanner added: “For 80 years MTN DEW has challenged the status quo, bringing bold flavors and unmatched beverage innovation to millions of fans. The Boston Beer Company partnership combines two recognized leaders in our respective industries to address the changing tastes of drinkers and we are thrilled at the opportunity to create HARD MTN DEW that maintains the bold, citrus flavor fans know and expect.”

The announcement of HARD MTN DEW came almost a year after PepsiCo’s rival Coca-Cola revealed that it would be creating Topo Chico Hard Seltzer, the beverage company’s first alcoholic beverage for U.S. consumers in decades, through a partnership with Molson Coors Beverage.