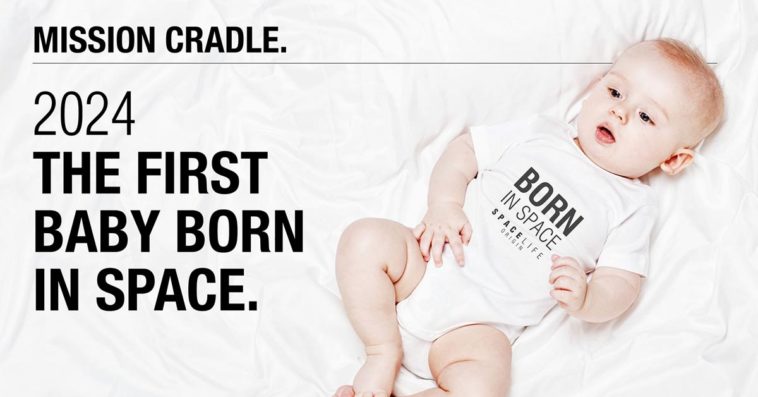 SpaceLife Origin, a new start-up based in Netherland, is looking to send a pregnant woman to space where she will give birth to her child.

Dubbed as Mission Cradle, this daring endeavor aims to have a pregnant woman deliver her child at 250 miles above Earth under the care of a “trained” and “world-class medical team.”  To reduce all possible risks, a “carefully prepared and monitored process … similar to Western standards as they exist on Earth” will be followed for both the mother and child. After the 24-to-36 hour mission is completed, the mom and her newborn will be returned promptly to Earth. The start-up has set the year 2024 as the target date for the trip.

While giving birth in space sounds like a really crazy idea, Egbert Edelbroek, SpaceLife Origins Chief Strategy & Innovation Officer, said that the mission is actually part of creating an insurance policy for the human species. With climate change slowly killing Earth and other threats that endanger human life in the planet, the idea of humans moving to a new home in the universe to keep the species alive could actually become a reality. With that in mind, the whole human race will actually benefit from Mission Cradle. “Human settlements outside of Earth would be pretty pointless without learning how to reproduce in space,” Edelbroek says.

Edelbroek has already talked to private spaceflight companies that may be willing to launch the delivery mission. He has also met with people who want to sponsor the trip as well as some women who are interested in becoming the first human to give birth in space.

While Mission Cradle seems to be a very exciting venture, the project itself raises a number of ethical and safety issues. For instance, is it ethical for medical practitioners to support childbirth in space? Is it safe for a newborn baby to breathe in artificial oxygen? “A baby might be breathing a gas mixture that is different from Earth air,” comments Virginia Wotring, a professor of space medicine at Baylor College of Medicine. “Adult humans seem to handle it just fine, but if you’re using your lungs for the very first time, would it make a difference? I don’t know.”

“I think at some point this will happen anyway, so we better do it in a very open and transparent manner,” Zwenne says. “If it’s somebody working on his own, in isolation, not in contact with the rest of the world, you may discover that something happens and you can’t reverse it.”