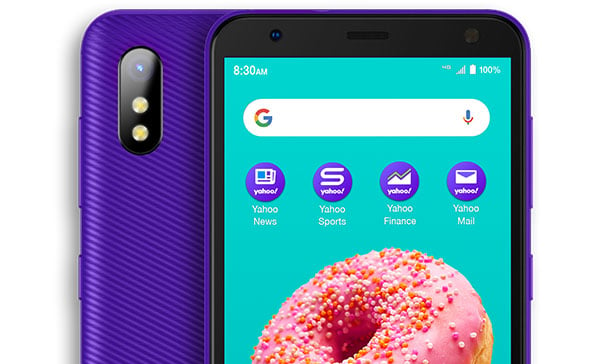 Earlier this year, we saw Verizon launch a new mobile service provider under the Yahoo banner. Simply called Yahoo Mobile, its launch offering included a single plan that offers unlimited service for $39.99 a month. Now the company is moving forward by partnering with ZTE to release a special edition phone. The ZTE Blade A3Y will be Yahoo Mobile’s first exclusive smartphone that’s bundled with a couple of exclusive features and services from the company.

In addition to Yahoo Mobile’s unlimited service, it will also come with Yahoo Mail Pro, unlimited hotspots, and a couple of native Yahoo apps like Yahoo News, Sports, and Weather. 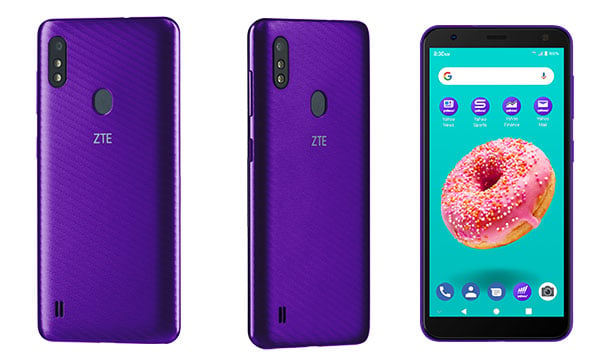 As for the phone itself, it sports Yahoo’s signature purple color for its backside. Its 5.45-inch HD+ display is capable of a 1440×720 resolution with an 18:9 aspect ratio. It also has a rear fingerprint sensor but can also be unlocked via facial recognition.

Internally, it’s powered by an MT6761 quad-core chipset with 2GB of RAM and 32GB of internal storage, that is expandable up to 2TB. Both the front and rear sport a single-camera setup with an 8-megapixel shooter for the rear and 5-megapixel for the front. It will run on Android 10 and have a removable 2,660 mAh battery. 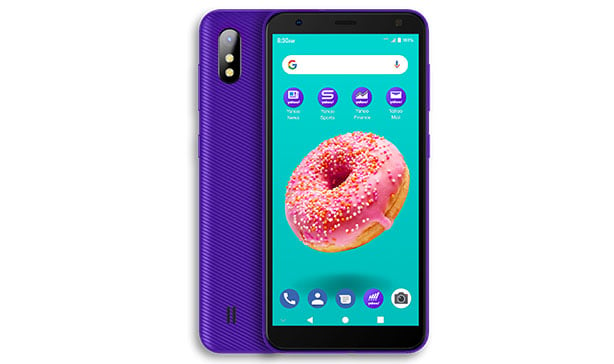 This special edition ZTE Blade A3Y will be available starting October 29th for just $49.99 at Yahoo! Mobile. Customers can also get the unit for free provided they sign up and transfer their number to the service.