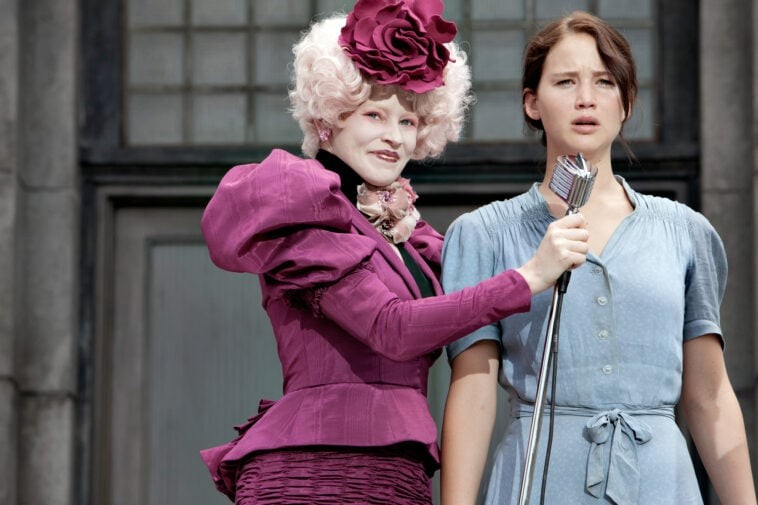 The Hunger Games first hit the silver screen in 2014, and it truly set the bar high for the sci-fi adventure genre. Based on Suzanne Collins’ bestselling novel series of the same name, the movie franchise brought various iconic characters to life, including Katniss Everdeen who has since become a role model to many because of her tough, fiery, and resourceful persona.

If you’ve been wanting to relive the dystopian Panem escapades of Katniss (Jennifer Lawrence), Peeta (Josh Hutcherson), Gale (Liam Hemsworth), and the rest of the gang, then you may be wondering where to watch Hunger Games. Read on to find out how and where you can watch the film series.

Where to watch The Hunger Games for free?

You need to pay a subscription fee to watch the movies on a streaming site, and it will also cost you money if you want to rent or buy digital copies of the movies.

Is Hunger Games on Disney Plus?

The Hunger Games series is not available to stream on Disney Plus.

Is Hunger Games on Paramount Plus?

None of The Hunger Games films is part of Paramount Plus’ library.

Is Hunger Games on HBO Max?

The Hunger Games movie franchise is not available on the Warner Bros.Discovery-owned platform.

Is Hunger Games on Hulu?

The four films in The Hunger Games series were previously available for streaming on Hulu, but the official Twitter account of Hulu Support confirmed in March 2022 that the platform’s rights to stream the franchise have expired.

Apologies! Our rights to offer The Hunger Games recently expired (https://t.co/i8IO9muXro). We'll be sure to let the proper teams know you'd like to see the movie re-added in the future. Keep an eye on: https://t.co/r9MCqHxrfq for content updates!

Is The Hunger Games on Netflix?

All of The Hunger Games films are on Netflix, but they are only available to stream in select countries and regions. For instance, the entire movie franchise is not viewable in the United States.

Where to watch The Hunger Games 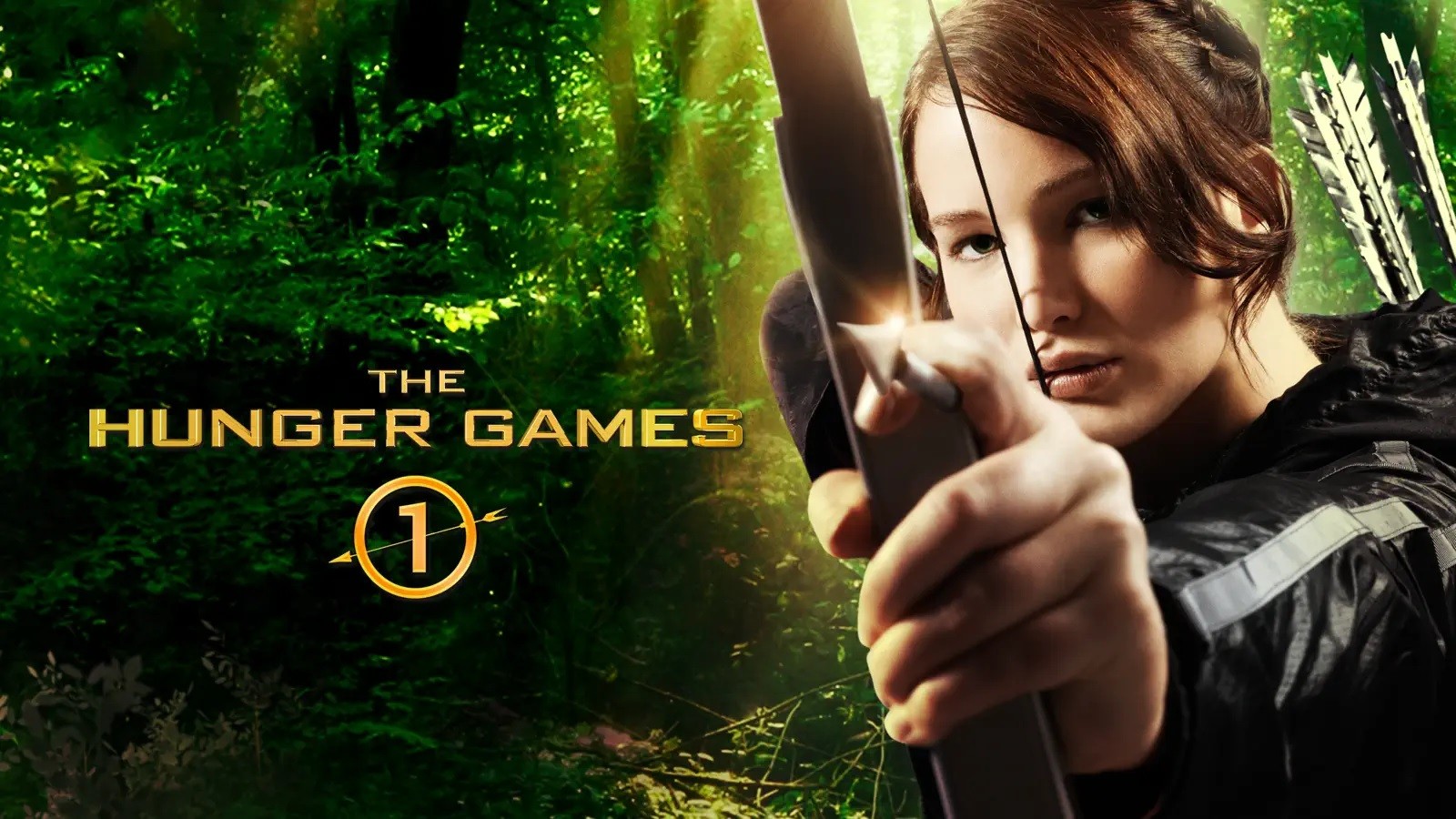 Fans can also watch it by either renting or buying a copy of the movie on AMC on Demand, Apple iTunes, Vudu, Microsoft, Redbox, and Alamo on Demand from $3 to $14.99.

Where to watch The Hunger Games: Catching Fire 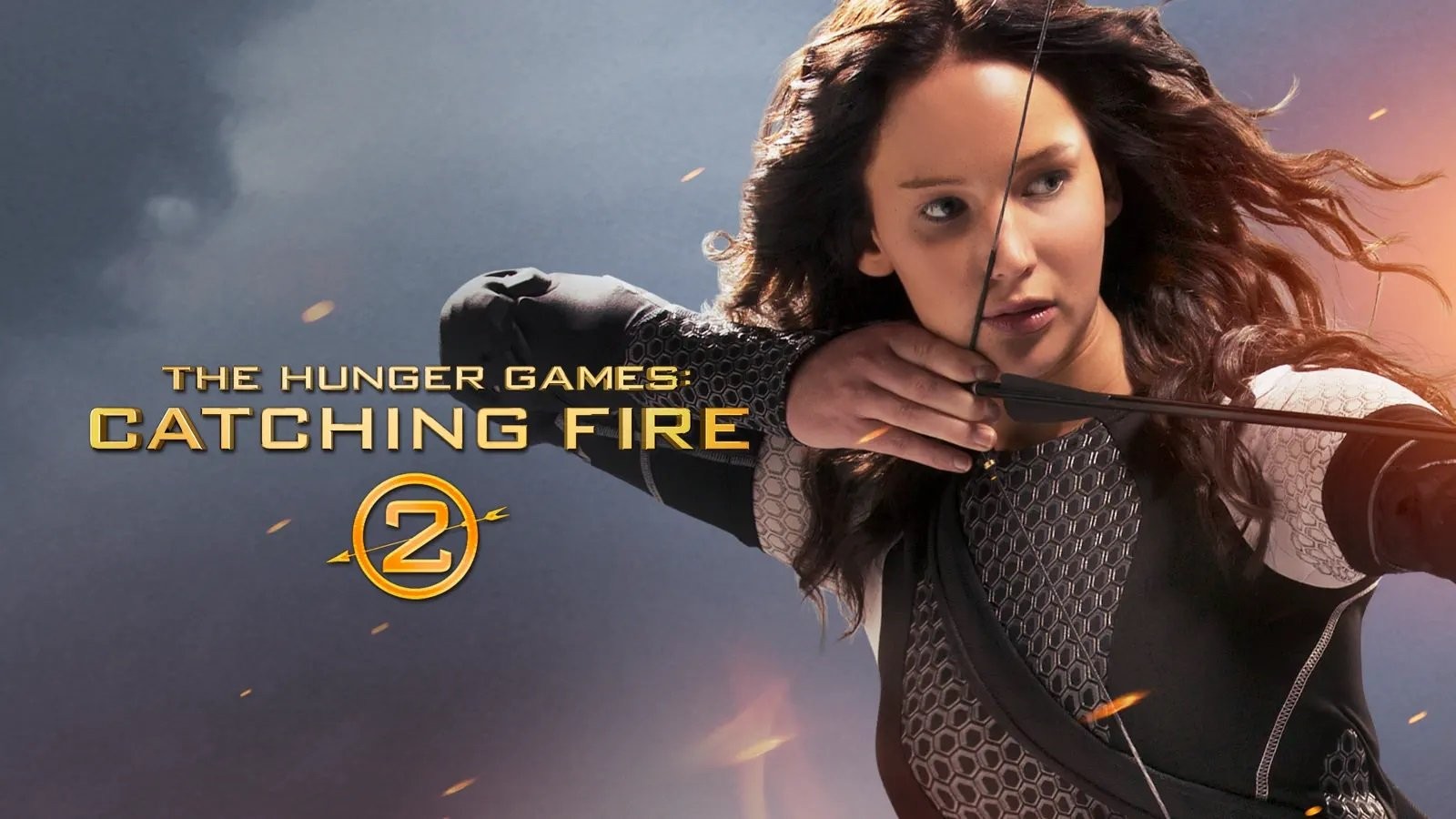 The 2013 film can also be watched online by renting or buying a copy on AMC on Demand, Apple iTunes, Vudu, Microsoft, Redbox, and Alamo on Demand from $3 to $14.99.

Where to watch The Hunger Games: Mockingjay – Part 1 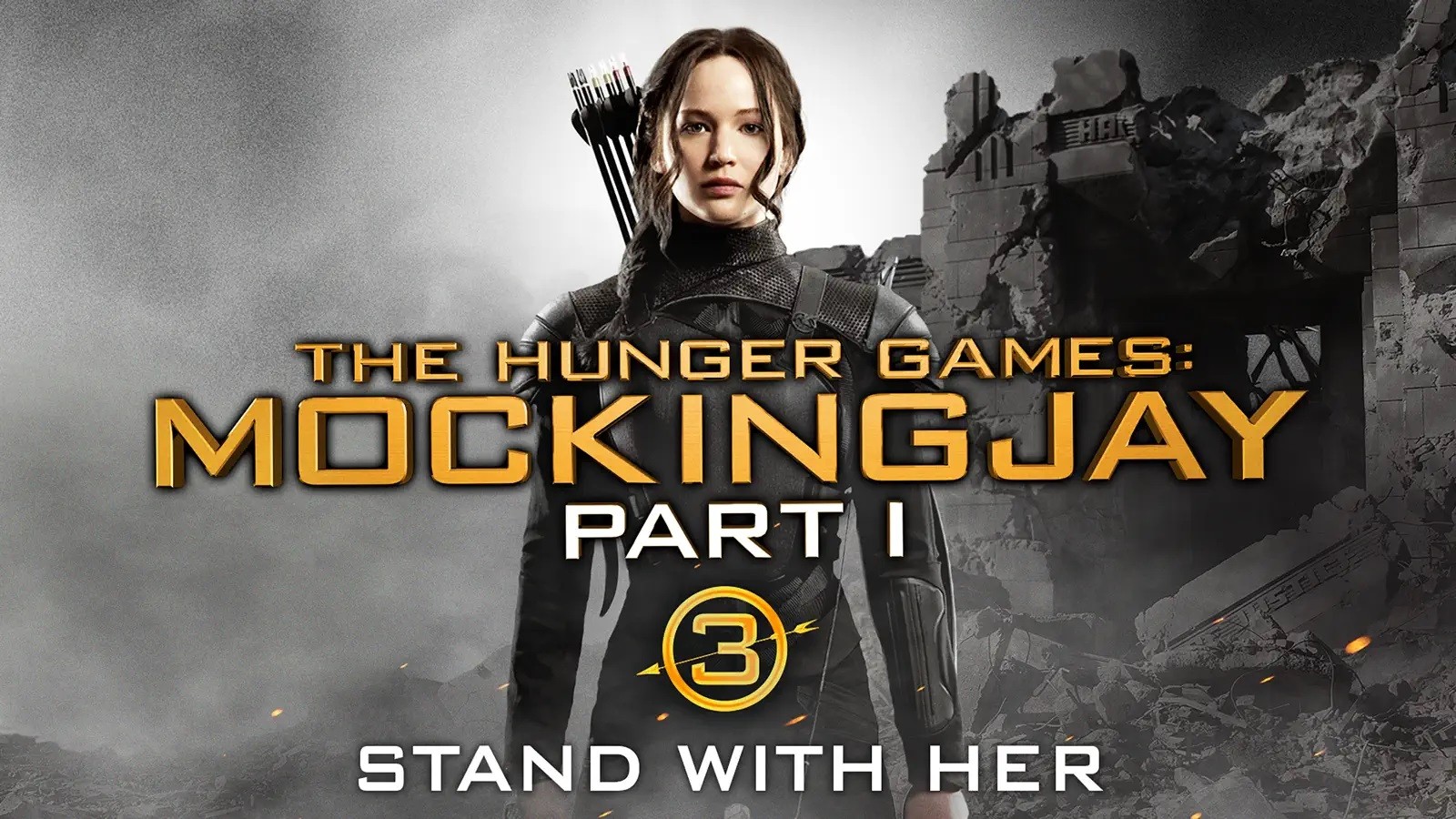 Where to watch The Hunger Games: Mockingjay – Part 2 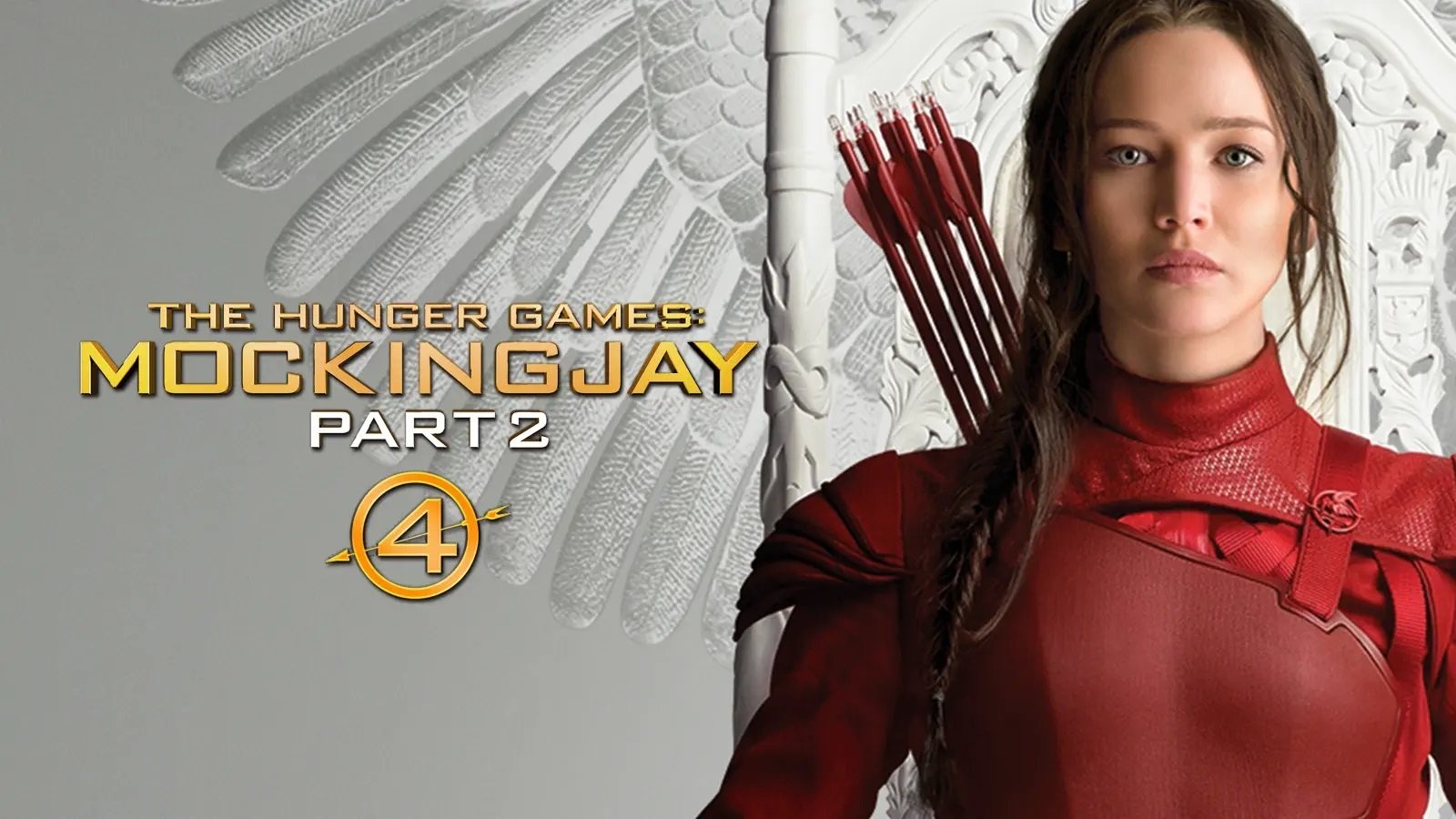 You can watch the final installment of The Hunger Games movie series on Amazon Prime Video, Apple TV+, DirectTV, and Epix.

About The Hunger Games

The Hunger Games movie franchise is based on the bestselling novel by Suzanne Collins. Photo credit: Kathy on Flickr

The Hunger Games takes place in Panem, a place that was once known as North America. This post-apocalyptic world is composed of twelve districts, which are all subjected to a yearly tradition that reaps Tributes.

These Tributes, one boy and one girl, are forced to compete in a nationally televised reality show called The Hunger Games. The whole country watches while the young contestants literally fight to the death until only one player is left standing. With the Tributes honing their skills and even appearing on TV shows, the deadly Hunger Games is mere entertainment for the affluent people of the Capitol of Panem. This high-tech utopia is home to the wealthy and powerful, whereas the districts are highly impoverished.

The main protagonist of the story is Katniss Everdeen (Jennifer Lawrence), who is a Tribute from District 12. With her sharp wits and archery skills as her biggest weapons, she is faced with a fight for her life. While she may have been prepared to find adversity and danger in the Hunger Games, she never expected to find love too.

Why do they raise three fingers in The Hunger Games?

Katniss Everdeen became the hero that the districts never knew they needed. While this courageous warrior quickly became an icon, she also popularized a tradition from her homeland, District 12. This is known as the Three Finger Salute. The significance of this fictional salute is admiration and gratitude. It also became the symbol of Katniss herself, as the Girl on Fire.

Why is Katniss the Girl on Fire?

After Katniss earns an unexpectedly high training score, Haymitch (Woody Harrelson) says that the people from the Capital were likely drawn to her “heat”. This prompts Cinna to nickname her “the girl who was on fire”. As a reference to her spirit and temperament, he even designs her a stunning red gown that theatrically lights up into flames when she spins around in circles.

But the biggest Girl-on-fire moment that Katniss was her wedding gown which went up into flames to reveal a magical black Mockingjay dress underneath.

How many Hunger Games movies are there?

The number of films in the Hunger Games franchise will rise to five, when The Hunger Games: The Ballad of Songbirds and Snakes opened in cinemas in November 17th, 2023.

About The Hunger Games: The Ballad of Songbirds and Snakes

Based on the 2022 novel The Ballad of Songbirds and Snakes by Suzanne Collins, The Hunger Games: The Ballad of Songbirds and Snakes, is an upcoming science-fiction action film directed by Francis Lawrence. Featuring a screenplay by Collins, Michael Arndt, and Michael Lesslie, the movie serves as a prequel to The Hunger Games film series and will be the fifth overall installment in the franchise.

Set 64 years before the first Hunger Games movie, the prequel follows young Coriolanus “Coryo” Snow, who is far from the callous president seen in the original trilogy. Prior to the war that resulted in the creation of the Hunger Games ten years earlier, the Snow family was once one of the richest in the Capitol. Now, Coryo is an orphan living with his grandmother and cousin, Tigris, in an apartment they cannot afford, without the money to purchase food or clothes.