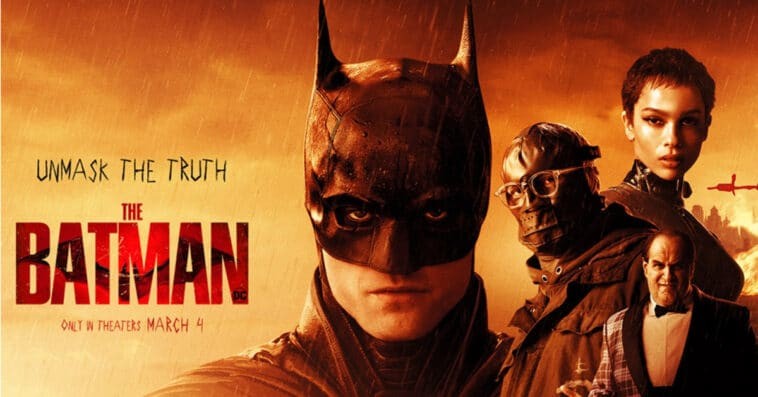 The Batman was the first Warner Bros. film in over a year that did not stream on HBO Max simultaneously with the theatrical release. So, when will The Batman be released on HBO Max?

WarnerMedia recently announced that The Batman will make its streaming debut on HBO Max on Monday, April 18th. The movie’s arrival on the streamer will surely delight fans, especially those who have deliberately forgone seeing it in theaters due to its taxing three-hour runtime.

The Batman’s quick theater-to-streamer pipeline is part of the studio’s previously announced plan to keep its new films in theaters for 45 days before putting them on HBO Max.

Alongside the announcement of the movie’s HBO Max release date, WarnerMedia also revealed that The Batman will air on HBO for the first time on Saturday, April 23rd at 8 p.m. ET.

When a killer targets Gotham City’s elite with a series of sadistic machinations, a trail of cryptic clues sends the World’s Greatest Detective on an investigation into the underworld, where he encounters such characters as Selina Kyle, The Penguin, Carmine Falcone, and The Riddler. As the evidence begins to lead closer to home and the scale of the perpetrator’s plans becomes clear, The Batman must forge new relationships, unmask the culprit, and bring justice to the abuse of power and corruption that has long plagued Gotham City.