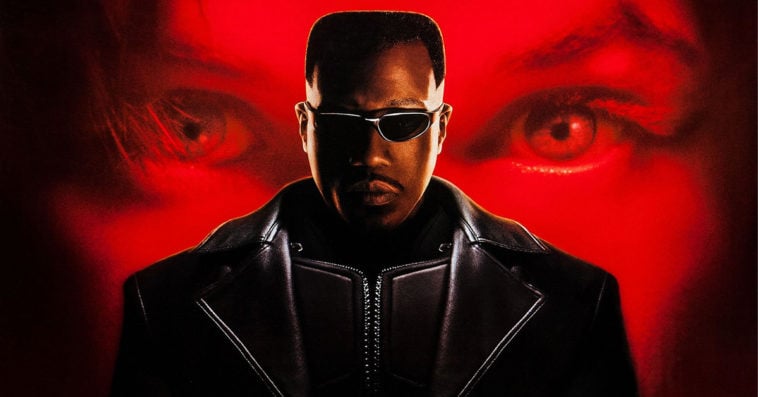 The crowd in Hall H at the San Diego Comic-Con on Saturday went crazy when Marvel Studios president Kevin Feige announced that the two-time Oscar winner Mahershala Ali will be playing the titular role in the film studio’s upcoming Blade reboot. While Marvel fans, in general, are thrilled that the day-walking vampire hunter is finally joining the Marvel Cinematic Universe (MCU), some are not particularly happy with the fact that Wesley Snipes, the lead actor of the original Blade trilogy, won’t be reprising his role in the reboot.

In a statement to ComicBook.com, Snipes told his supporters to keep their chill, as he himself is actually okay with the reboot. “To all the DAYWALKERS losing their minds right now, chillaaxx. Although the news comes as a surprise, it’s ALL GOOD. Such is the ‘business’ of ‘entertainment!’” said Snipes, who played the half-vampire role from 1998 to 2004.

“Much peace to the MCU crew — always a fan. Honor and respect to the grandmaster Stan [Lee],” added Snipes, who went on to congratulate Ali, 45, for scoring the role of Eric Brooks, aka Blade. “Congratulations and Salaam to Mahershala Ali, a beautiful and talented artist whose expressions I look forward to experiencing for many years to come. Inshallah, we will someday work together.”

Snipes ended his statement with a big shout-out to his supporters. “To my loyal fans, the incredible outpouring of love [you’ve given me] is overwhelming,” the 56-year-old actor said. “I am grateful for the never-ending support. So, ‘nah fret nah worry, it’s not de end of de story.’ Welcome to the Daywalker Klique.”

While Snipes is quite alright with Marvel rebooting Blade without him in the titular role as he was once, it seems that the actor can’t still let go of his previous superhero role completely. After releasing his statement about Ali taking up the Blade mantle, Snipes took to Twitter to share a clip from the original Blade films that seemingly throws shade at Marvel.

Message from THE DAYWALKER…

Hey MCU, Haven’t we been down this road before? Aye yah, some motherfuckers are always trying to ice skate uphill …hahaha.” ??#daywalkerklique pic.twitter.com/d7XPXr66aQ

Snipes’ tweet has earned loads of support from the actor’s longtime fans, with many of them asking Marvel to give Snipes a role in the reboot.

Meanwhile, Ali paid homage to Snipes by posting a picture of the original Blade in his full daywalker vampire hunting garb.