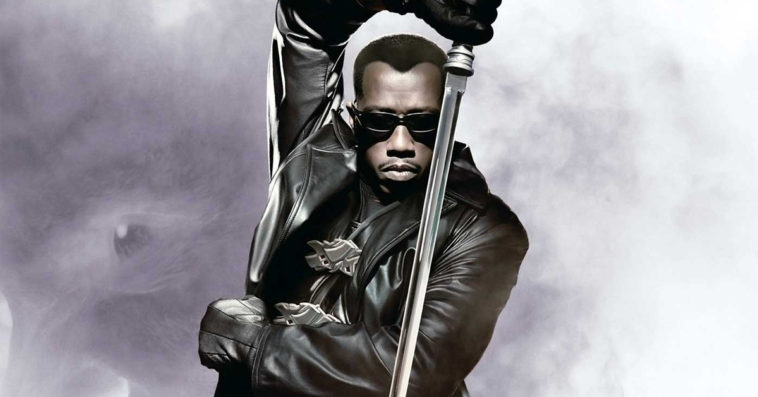 Though it has been 14 years since the last time Wesley Snipes played the role of Blade in the big screen, his portrayal of the vampire hunter remains one of the most favorite live-action incarnations of a Marvel character even after the Marvel Cinematic Universe was born.

In fact, just this Wednesday, when Snipes posted a photo of himself as Blade on Twitter, lots of fans responded to his tweet and expressed their hopes for another installment of Blade, and for his character to finally join the Marvel Cinematic Universe (MCU) in Phase 4.

Please come back for Phase 4 of the MCU ?

Waiting for the much deserve call to join the marvel universe….

On the way to Marvel Studios to get shit rolling!

On the way to Marvel to sign my new contract for Blade 4.

We need a new installment boss!!!

While it’s unclear if any of these fan wishes will eventually come true, Snipes revealed last summer that he actually had conversations with Marvel about a potential project that might lead him to reprise his role.

“There are a lot of conversations going around right now and we’re very blessed to have the enthusiasm and interest in something coming from that world again,” Snipes told Vice when asked if there’s any chance for a Blade 4. “We’ve created two projects that fit perfectly into this world and, when people see them, I think they’re only going to have a problem with deciding which one they love the most.”

Snipes pointed out that his team has actually been in talks with Marvel Studios for the last couple of years. While the actor didn’t reveal what exactly they’re discussing about, fans have speculated that they’re figuring out a way to include the world of Blade into the much wider MCU.

“All the main execs [at Marvel] and my team, we’ve been discussing for the past two years,” Snipes said in August 2018. “Everyone’s enthusiastic about it, everybody gets it. But they got a business to run and they gotta square the things that they gotta figure out before they can get to it, I guess.”

But in the event the Blade franchise is revived with a new sequel, Snipes is confident that it’s going be much better than the first three Blade movies. “The next time you see something in [the Blade universe], mark my words: what we did before is child’s play compared to what we can do now,” he said.

Sources: Comicbook.com, We Got This Covered