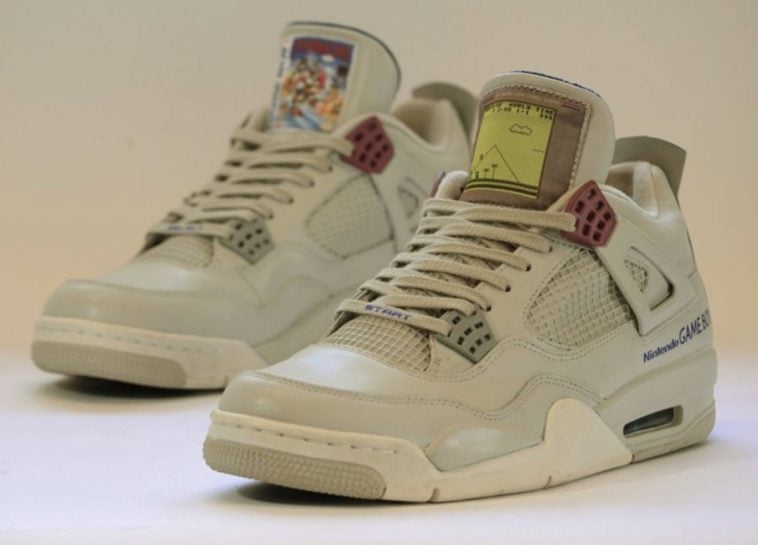 The gaming and fashion industries tend to be worlds apart. However, Johnny Barry – a dedicated sneaker enthusiast known for his custom creations – has bridged the gap with his Game Boy-inspired Air Jordan IV.

The rather muted color palette predominantly consists of off-white and grey with sharp flairs of red, blue, and the iconic green-tinted color of antique screens. 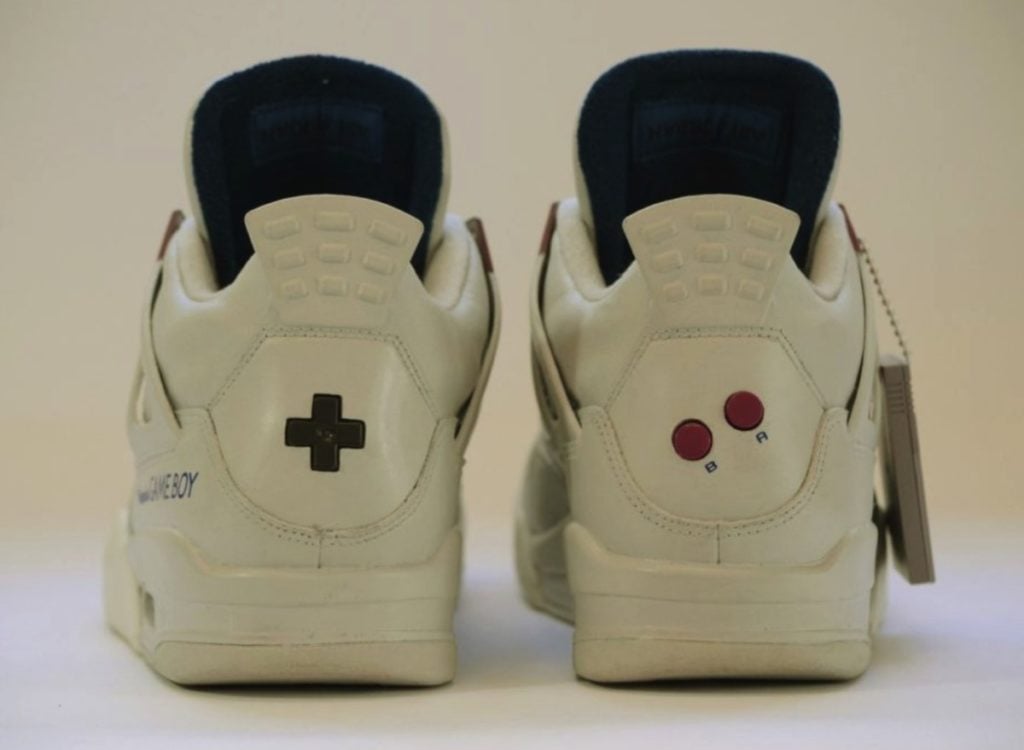 On the back of the left sneaker, there’s a directional pad, while the right shoe features ‘A’ and ‘B’ buttons, all of which are ‘pressable’, touts the maker.

On the tongue of the right sneaker, Barry features Super Mario Land’s famous box cover. And on the left, he pays homage to the game’s first level known as ‘World 1-1’.

If this Game Boy x Air Jordan matchup seems random, it’s not. According to Barry, his design was made to honor the upcoming 30-year anniversary since Nike unveiled the Air Jordan IV and Nintendo released the Game Boy.

When it was all said and done, both products ended up having great success. The Air Jordan IV is undoubtedly one of the best selling, most sought-after basketball shoes ever produced. On the other hand, Nintendo says the company has sold over 120 million Game Boys since 1989.

A source says Barry only created ten pairs of this custom sneaker – and despite the steep price of $1,350, they’ve already sold out. But if you’re really interested (and can pony up a few thousand), you’ll likely find a few listings pop up on eBay in the coming months.