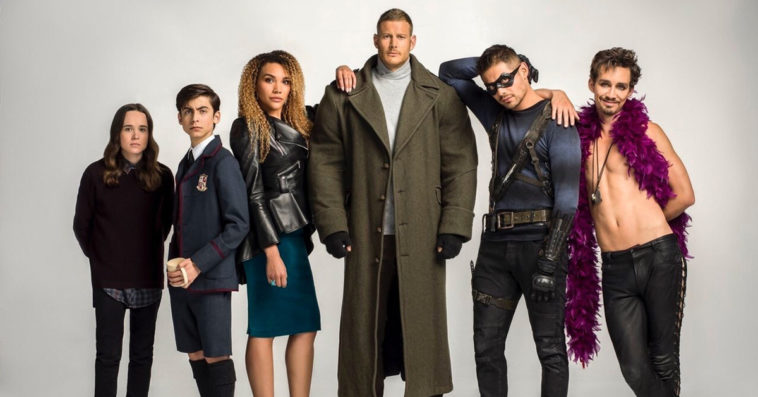 The first season of The Umbrella Academy was one of the most-viewed series on Netflix earlier this year. According to the streaming giant, the freshman run of the superhero show was viewed by over 45 million subscribers since it went live on February 15th until the end of the first quarter of 2019. With the show being a breakout hit, it was no surprise that Netflix renewed it for a second season.

When will Season 2 premiere?

Netflix has yet to announce an official release date for the show’s sophomore run. But taking the first season’s production schedule and premiere date into consideration, it’s likely that the second season will arrive on the streaming platform mid-2020.

In January 2018, Gerard Way and Gabriel Bá — creators of the comic book series on which the show is based — took to Twitter to share a photo from the first day of production for the show’s Season 1. Then over a year later, in February 2019, the show debuted on Netflix.

Based on an Instagram post by Way, production on Season 2 started in June 2019. So if the first season’s schedule is any indication, fans can expect the second season to become available on Netflix at some point in the second half of 2020.

Who will return for Season 2?

Reginald Hargreeves’ children will all be back for the show’s sophomore run. This was confirmed by a video shared by the official Twitter account for the series, in which the show’s seven lead actors — Emmy Raver-Lampman (Allison), David Castaneda (Diego), Tom Hopper (Luther), Robert Sheehan (Klaus), Ellen Page (Vanya), Aidan Gallagher (Number Five), and Justin H. Min (Ben) — all appear holding the script for the Season 2 premiere at a the table read.

However, it’s unclear whether Mary J. Blige and Cameron Britton (Cha-Cha and Hazel), Colm Feore (Reginald Hargreeves), Shiela McCarthy (Agnes), and Kate Walsh (The Handler) will reprise their roles next season. While there’s a good chance that viewers might see them again in Season 2, some would argue that none of these characters is really important in moving the show’s plot forward.

What will happen in Season 2?

In the Season 1 finale, most of the Hargreeves siblings joined forces in an attempt to stop the White Violin persona of their sister Vanya from bringing about the apocalypse. They, however, failed big time as their effort to hamper Vanya’s sound-based powers unintentionally sent a wave of energy towards the moon. In no time, fragments of the moon rained down on Earth, destroying the world just as the siblings jumped back in time.

Though the show’s freshman run ended a bit different from the first volume of the comic, it remains very likely that the sophomore run will draw inspiration from the comic’s second volume, Dallas, which follows the Academy as they try to assassinate JFK to prevent the apocalypse from happening.

The title of Season 2’s first episode is Right Back Where We Started, and it strongly suggests that time travel will play a huge part in the Hargreeves siblings’ attempt to save the world the second time around.