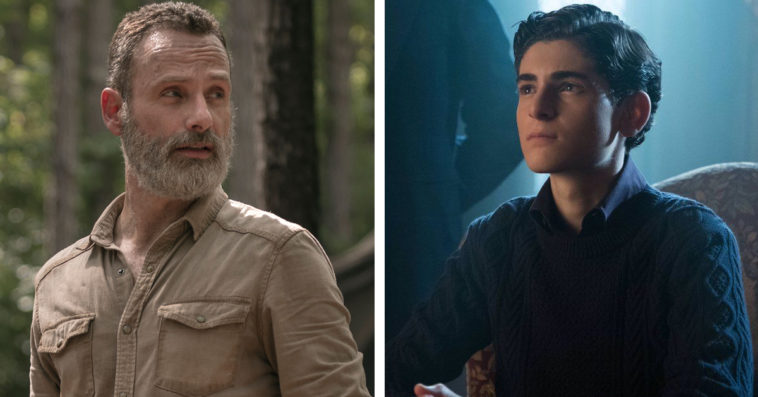 The latest seasons of some of the most beloved TV series are coming to Netflix next month.

The Walking Dead Season 9, Marvel’s Agents of S.H.I.E.L.D. Season 6, and Scream Season 3 will all be available to stream on the platform starting September 1st. Shameless Season 9 will arrive on September 10th, followed by American Horror Story: Apocalypse on the 24th, and Gotham Season 5 on the 30th.

In addition to the TV shows that originally aired on network and cable TV, Netflix is also releasing a bunch of new original series in September. These include the Ben Platt-led comedy The Politician (September 27th) created by Glee creators Ryan Murphy, Brad Falchuk, and Ian Brennan; the Emma Stone-narrated documentary The Mind, Explained (September 12th) that explores everything between dreams and anxiety disorders; and the sci-fi thriller The I-Land (September 12th) which stars Kate Bosworth, Natalie Martinez, Alex Pettyfer, and Kyle Schmid.

Netflix is also adding a few animated family-friendly series to its library, including the Tony Hale-produced Archibald’s Next Big Thing (September 6th), The Last Kids on Earth (September 17th) based on the book series of the same name by Max Brallier, and the preschool-oriented show Dragons: Rescue Riders (September 27th) produced by DreamWorks.

There’s a whole fellowship of new titles hitting Netflix in September, with plenty of quests to spare! pic.twitter.com/HNoqHzt67y

On the movie front, Netflix will drop its original films Tall Girl and In the Shadow of the Moon on September 13th and 27th, respectively. Tall Girl is a romantic comedy that follows the story of a 6-foot-1, 16-year-old girl named Jodi who has never had a boyfriend until a new exchange student enrolls at her school. In the Shadow of the Moon, meanwhile, is a sleek sci-fi thriller about a Philadelphia police officer that leads the hunt for an elusive serial killer whose crimes are timed to the lunar cycle.