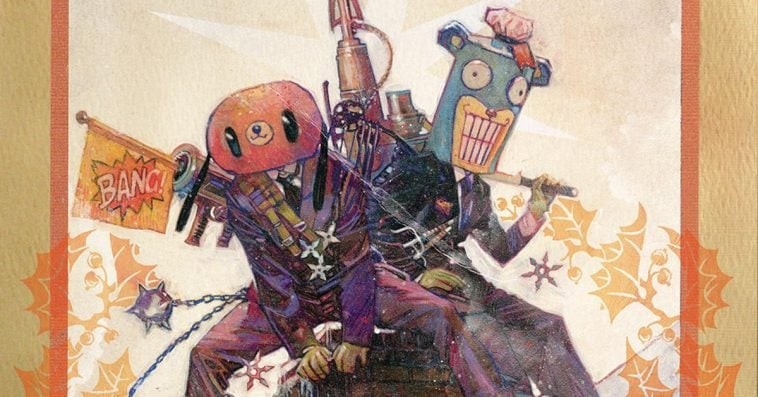 The Umbrella Academy comic book series is getting its first-ever spinoff.

Titled Hazel and Cha Cha Saving Christmas: Tales from The Umbrella Academy, the new series will follow the two titular assassins as they track down a rogue time agent and cross paths with a plot to discredit Christmas.

The 32-page comic book is co-written by Scott Allie and The Umbrella Academy creator Gerard Way. It is illustrated by Tommy Lee Edwards, who is also the designer of one of the three covers for the one-shot, standalone issue. The two other variant covers are created by Bill Sienkiewicz and Jim Mahfood. See the three variant covers below:

Hazel and Cha Cha Saving Christmas is set to go on sale on November 20th for $4.99.

In the Season 1 finale, most of the Hargreeves siblings joined forces in an attempt to stop the White Violin persona of their sister Vanya (Ellen Page) from bringing about the apocalypse. They, however, failed big time as their effort to hamper Vanya’s sound-based powers unintentionally sent a wave of energy towards the moon. In no time, fragments of the moon rained down on Earth, destroying the world, just as the siblings jumped back in time.

With a stolen time-traveling briefcase, Hazel was able to escape the destruction with his girlfriend Agnes (Sheila McCarthy). Cha-Cha, meanwhile, was burned up in the flames caused by the massive meteor strike from the moon’s explosion.

The Umbrella Academy Season 2 is expected to arrive on Netflix in the second half of 2020.