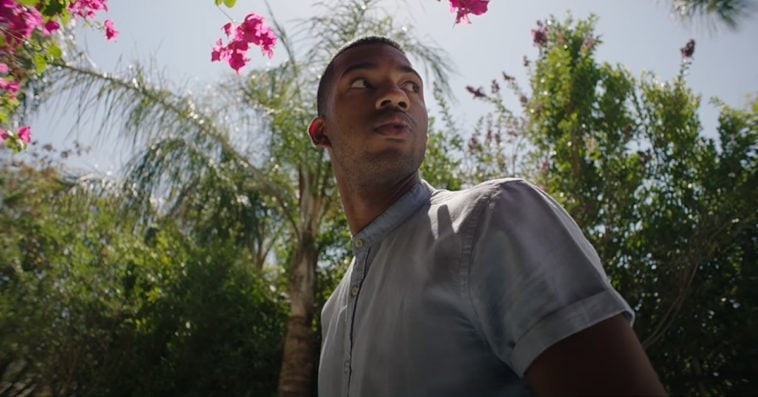 Bel-Air, a serialized one-hour dramatic reinterpretation of the ‘90s sitcom The Fresh Prince of Bel-Air, officially has a home.

The series, which is based on Morgan Cooper’s acclaimed fan-made movie trailer of the same name, got a two-season order at Peacock, with the franchise’s original star Will Smith announcing the exciting news on his YouTube channel on Tuesday.

“We have just officially closed the deal with Peacock with an unprecedented two-season order from a pitch,” Smith, who will serve as an executive producer on the series, told Cooper and Chris Collins. “I’ve been in this business for thirty years and that does not happen. They ordered two full seasons of Bel-Air based on the quality of the pitch and the work that you guys have done. So, I want to say congratulations. I am hyped.”

Cooper ― who served as the director, cinematographer, and writer on the Bel-Air movie trailer ― will direct and co-executive the series, which he is co-writing with Collins. Collins will also serve as the showrunner and an executive producer. Westbrook Studios, a division of Smith and Jada Pinkett Smith’s Westbrook Inc., and Universal Television, which owns the copyright to the sitcom, will serve as the studios.

Set in modern-day America, Bel-Air leans into the original premise of the NBC comedy: Will’s complicated journey from the streets of West Philadelphia to the gated mansions of Bel-Air. But because it’s a drama reboot, Bel-Air will have a more grounded and serious tone, allowing it to dive deeper into inherent conflicts, emotions, and biases that the original series was not able to fully explore in its 30-minute format. Despite being a drama, the reboot will still deliver swagger and nods to the beloved sitcom.

“That’s what I’m most excited about and what really clicked in my mind when I saw the trailer that Morgan did,” Smith added in the announcement video. “The concepts in The Fresh Prince of Bel-Air reimagined as a drama, like a real kid from West Philadelphia, modern day, a black family in Bel-Air, the Carlton character, a black, young Republican, modern day. The heat that would be stirred up between these characters it’s like, ‘What’s the Hilary character in a world of Instagram and social media? What does that become?’ Uncle Phil a black lawyer turned judge, today with young black kids coming before him? Aunt Viv, a professional woman that decided to raise her family and now that her kids are older, making her way back into the world of what is her life going to be as her kids have grown up. That stuff is so rich dude.”

“There’s so many layers to these characters,” Mordan said. “We’re really going to peel back the layers of these iconic characters and explore this world in a really unforgettable way. It’s a show that’s really going to surprise people in the best way possible.”

Cooper’s Bel-Air movie trailer took the Internet by storm when it was released in March 2019. As of writing, the 4K version of the trailer, which you can watch below, has already been viewed over 6 million times. It’s not clear, however, whether or not the actors in the trailer will reprise their roles in series.