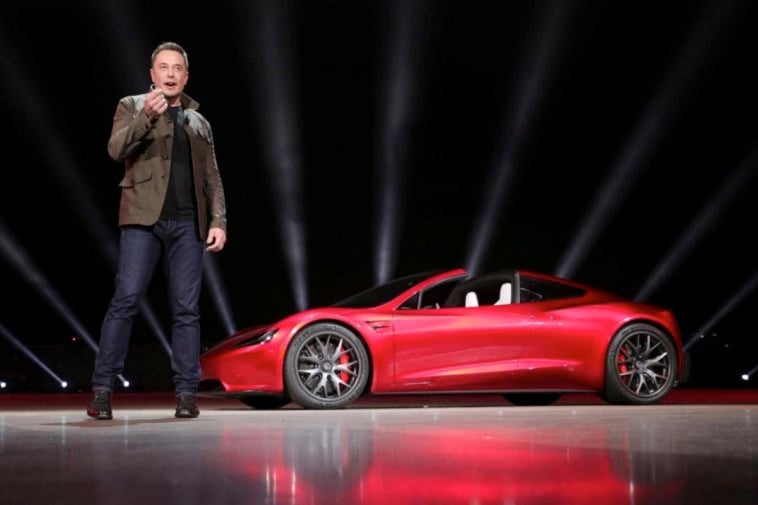 Remember the 2008 Tesla Roadster, the first ever Li-ion battery-powered electric vehicle? Of course, you do – it was a game changer in its own right, after all.

Besides being the first electric sports vehicle from the Elon Musk-owned company, the Roadster also prides itself as the first commercial all-electric car to travel more than 200 miles (320km) on a single charge.

The lineup went out of production in 2012 as the company increasingly focused on newer lineups. After being on hiatus for about 5 years, the elegant beast is finally making a grand comeback in what seems like an attempt by the company to remain competitive across several categories in the electric vehicle market.

The Roadster made a surprising appearance at Tesla’s semi-truck event late last week in Los Angeles. It was shown off by none other than Tesla co-owner and chief executive Musk himself. Among other things, he also claimed that the company wants to make the updated Roadster record-breaking superfast.

”You’ll be able to travel from LA to San Francisco, and back, at highway speed without recharging. The point of doing this is to just give a hardcore smackdown to gasoline cars. Driving a gasoline sports car is going to feel like a steam engine with a side of quiche,” Musk boasted.

The base model can sprint from zero to 60 mph in less than two seconds, he elaborated, adding that this is the fastest a consumer car can go as of today. Musk didn’t disclose the top speed of the car, but made it categorically clear that the Roadster can easily hit the 250 mph mark.

READ  The Hummer is making a comeback as an electric vehicle

As you would expect, the upgraded Tesla Roadster will set you back a whopping $200,000. As for the release date, it looks like Tesla wants to make the new Roadster available sometime in 2019.