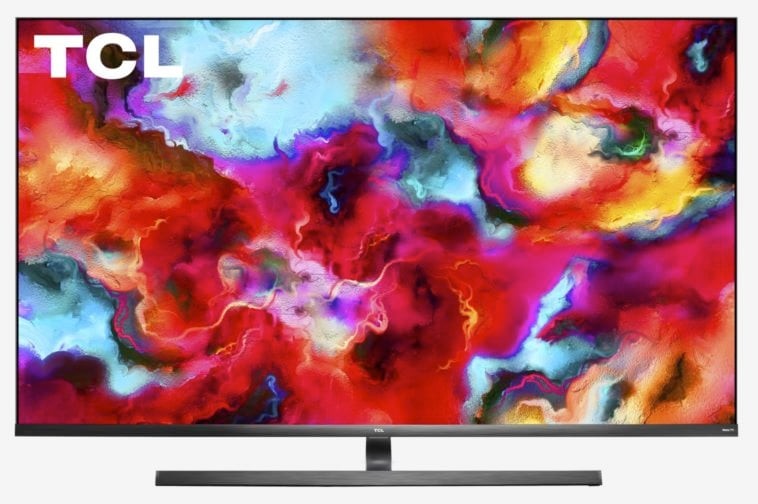 Today TCL is finally announcing the availability of their all-new premium 8-series, as well as their 5 and 6-series TVs that were first unveiled back at CES in January. TCL is best known in the U.S. for their competitively priced Roku TVs, but the 8-series, in particular, represents a new focus for TCL, and that is that the company is gunning for the high-end and clearly taking aim at Samsung’s market share.

To that effect, both the 6-series and 8-series TVs feature a host of high-end features, including a bezel-less design, Quantum Dot display technology with contrast control zones (local dimming), along with Dolby Atmos audio, an Auto Game Mode, and AiPQ technology which uses machine learning for upscaling.

At the top of the entire lineup is the company’s new 8-series which features Quantum contrast powered by mini-LEDs. This TV is clearly gunning for Samsung’s own Q series. To that effect, we got to compare the 8-series side by side with the Samsung Q80 and were amazed to discover that the 8-series offers blacker blacks and more detail than the Q80. That’s not to say that the Q80 is a slouch by any means, but TCL’s 8-series TV superseded Samsung in the demo we saw.

We were also blown away by how powerful the audio is inside TCL’s 8-series TVs. The audio system truly simulates a surround sound system, and it’s the best built-in audio system we’ve experienced on a TV to date. As a matter of fact, it’s so good that most people won’t need to invest in a soundbar or more robust home speaker system.

The 8-series will be available in the Fall. Pricing starts at $1999 for the 65″ model and $2999 for the 75″. Larger models, and an 8K model are expected to arrive sometime in 2020. Pricing for the 6-series begins at under $600. Last but not least, TCL is also updating their affordable-but-premium 5-series, with pricing starting at under $300 for the 43-inch model and sizes will be available up to 65″.

TCL will also be releasing a free app for iPhone and the Google Pixel that allows you to easily calibrate your TV’s colors to a practically professional level of color calibration.