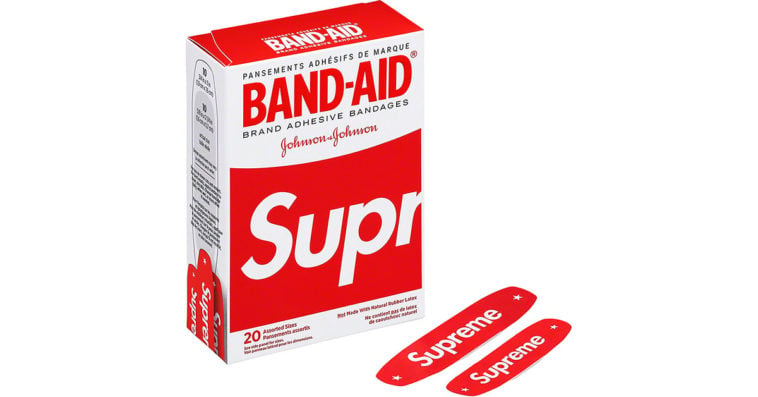 Since about SS14, Supreme has been venturing further and further down the rabbit hole when it comes to the wacky “accessories” they offer. However, it’s the official Band-Aid X Supreme collab that has everyone talking.

In the past, we’ve seen Supreme branded bricks, box cutters, crowbars, kayaks, cash cannons, baseball bats, nunchucks, air horns, incense, rolling paper, and… we could go on, but you get the idea.

This year they kept the tradition rolling with a host of rather odd, wholly unrelated items. In the newly unveiled SS19 catalog, Supreme shows off a Pearl X Supreme drum kit, Bialetti X Supreme Moka pot, snorkel set, Hot Wheels Car, and a super soaker among other goodies. However, it’s the official Band-Aid X Supreme collab that really helps us understand where the term “brand whore” comes from.

Furthermore, despite its mammoth marketing budget, never has Johnson & Johnson been able to generate so much hype for its Band-Aid brand. As we’re writing this, the NYC-based company has not announced prices for its SS19 items. Nevertheless, if history is a guide, once they slap that red box logo on something, the price tends to skyrocket, so good luck finding one when it’s released! 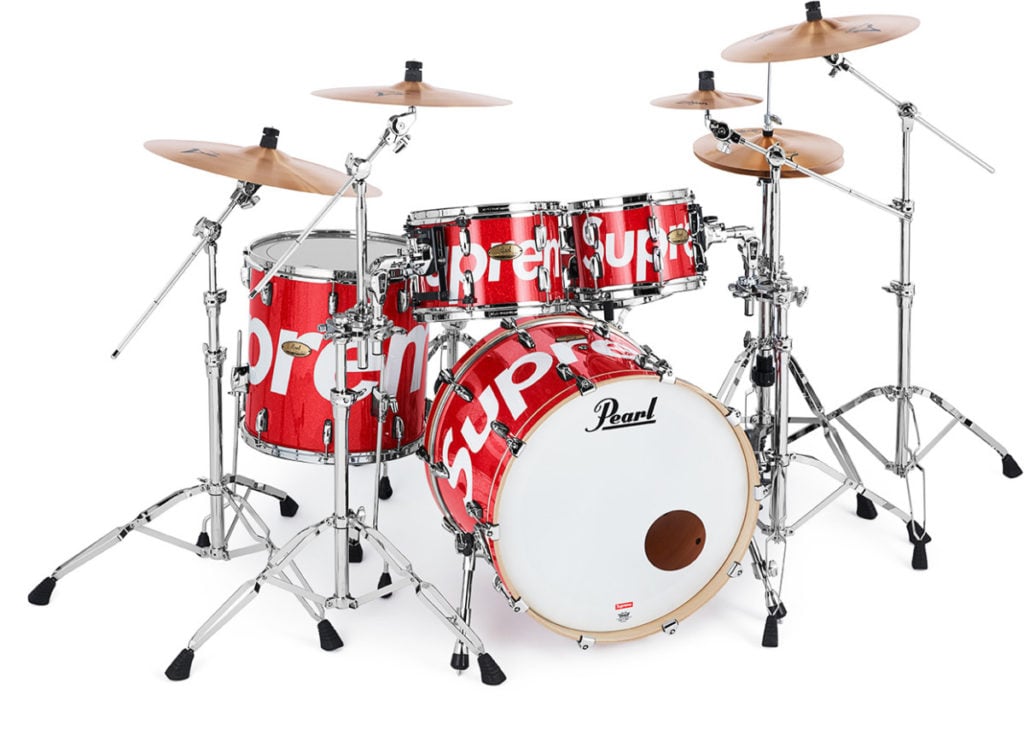