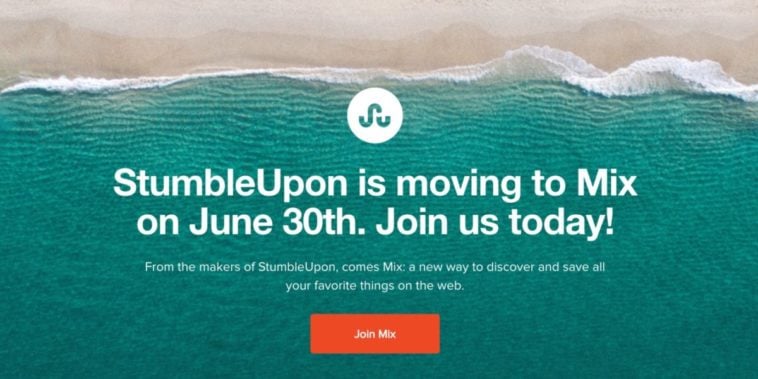 Pioneering content discovery website, StumbleUpon has fallen. After serving billions of interesting links (called “stumbles”) to its over 40 million users, the 16-year-old aggregation website recently announced they are shutting down for good.

It’s a well-known fact that pioneering internet companies don’t always get their due respect. Before Facebook dominated the social landscape, there was Friendster and Myspace. Before Google’s search empire, there was AltaVista and Yahoo. And before the rise of Reddit, there was StumbleUpon.

Granted, the collapse of StumbleUpon isn’t solely a result of Reddit’s superiority. Social media as a whole have impacted all content discovery and link aggregation platforms. Notwithstanding, however, StumbleUpon has had a profound impact on the entire digital landscape as it’s known today. Launched in 2001, several years before the current crop of popular social websites and apps, StumbleUpon helped to popularize many highly-valued concepts such as newsfeeds and the “like” button.

Although it’s over for the once beloved content discovery site, a few members from the original team have started a new project called ‘Mix’. Like its predecessor, Mix.com is a platform for people looking to discover unique content that’ll otherwise be hard to come across.

According to Garrett Camp, one of the co-founders of both StumbleUpon and this new venture,

“Mix.com combines social and semantic personalization into one streamlined experience. It also makes it easier for people to organize content into meaningful collections.”He goes on to say his new venture, “will help you find obscure but interesting content that has been recommended by people you know and trust.”

In a separate blog post, Camp explains that Mix, which was released to the public in August 2017, will apply the lessons learned from StumbleUpon to create “a more flexible and modern platform.”

Some critics argue that well-established sites like Twitter and Facebook already do what Mix is proposing. Camp, however, disagrees. He sees his new venture as a platform for “creators, curators, and consumers,” whereas other sites “see the majority of their users as primarily content consumers.”

In fact, Camp says Mix shouldn’t be compared to traditional social media sites he’s dubbed ‘third phase’ websites. According to his post, he believes the internet has gone through three ‘fundamental stages’ of progress. He proclaims Mix is setting the stage for the ‘fourth phase’, which he hypothesizes will revolve around personalized curated discovery.

Time will tell whether or not Mix can gain traction.