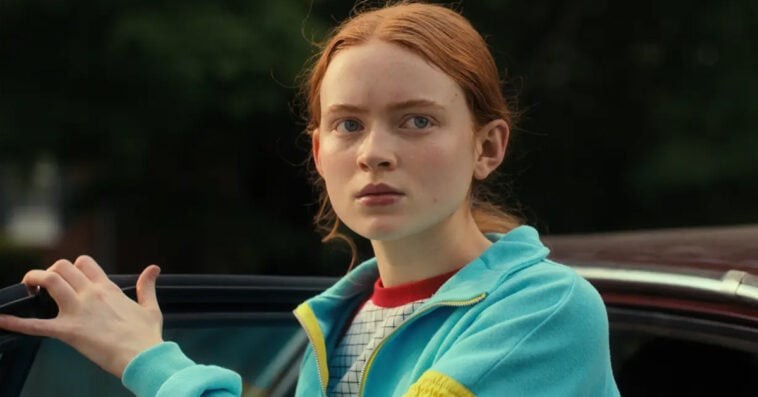 The Marvel Cinematic Universe (MCU) has reportedly added Sadie Sink to its ever-growing roster of actors.

A new report by Giant Freakin Robot claims that the Stranger Things breakout star will soon make her MCU debut.

What role will Sadie Sink play in the MCU?

Giant Freakin Robot speculates that Sink will appear as Songbird. Formerly known as the villain Screaming Mimi, Songbird is part of the antihero team Thunderbolts, which consists mostly of reformed supervillains. It’s unclear when exactly will Sink make her first appearance in the MCU, but since there’s a Thunderbolts movie currently in development as part of Phase 5 of the MCU, it’s likely that she will be part of it.

Songbird first appeared as Screaming Mimi in Marvel Two-in-One #54, which was published in August 1979. Since then, she made several appearances as a supervillain before taking on a new role as a superhero in the Thunderbolts series. The character was officially introduced as Songbird in The Incredible Hulk #449 (January 1997), in which the original Thunderbolts team was introduced. Fast-forward to June 2015, Songbird was announced as a team member in the relaunched New Avengers, which is part of the “All-New, All-Different Marvel” branding.

Songbird was introduced in the comics as a troubled youth and eventually became a reliable member of the Thunderbolts. Giant Freakin Robot noted that Sink’s impressive performance in season 4 of Netflix’s Stranger Things proves that she has the dramatic chops and emotional intensity to play Songbird, which is basically a character stuck between resentment of the world and the desire to be a hero.

Jake Schreier (Robot & Frank) is attached to direct Thunderbolts with Eric Pearson (Thor: Ragnarok) writing the screenplay. Filming is expected to begin in mid-2023 and is currently scheduled to be released on July 26th, 2024.

Plot details on the film are being kept under wraps, but actors who had portrayed villain-type characters in past MCU projects were expected to be part of the film. Giant Freakin Robot reported that Daniel Brühl will likely reprise his role as Baron Zemo in the movie, as the said character became the leader of the Thunderbolts at some point in the comics. The website added that Florence Pugh’s Yelena Belova and Wyatt Russell’s U.S. Agent may also be introduced as members of MCU’s version of the Thunderbolts.

Who does Sadie Sink play in Stranger Things?

Sink plays the role of Max Mayfield in Stranger Things. The character first appeared in season 2 of the Netflix series. The younger stepsister of Billy Hargrove (Dacre Montgomery), Maz is a tomboy who caught the attention of both Dustin Henderson (Gaten Matarazzo) and Lucas Sinclair (Caleb McLaughlin), who she eventually dated. In season 4, she was one of the teens that is targeted by the villain Vecna (Jamie Campbell Bower).

Sink made her big-screen debut in the 2016 biographical sports drama Chuck and appeared in another biographical drama, The Glass Castle, the following year. She went on to star in the 2019 horror movie Eli and appeared in the second and third installments of Netflix’s Fear Street trilogy in 2021. She will be next seen in the drama films Dear Zoe and The Whale, which are both scheduled to be released later this 2022.

According to CelebrityNetWorth.com, Sink has an estimated net worth of $1 million as of 2022.