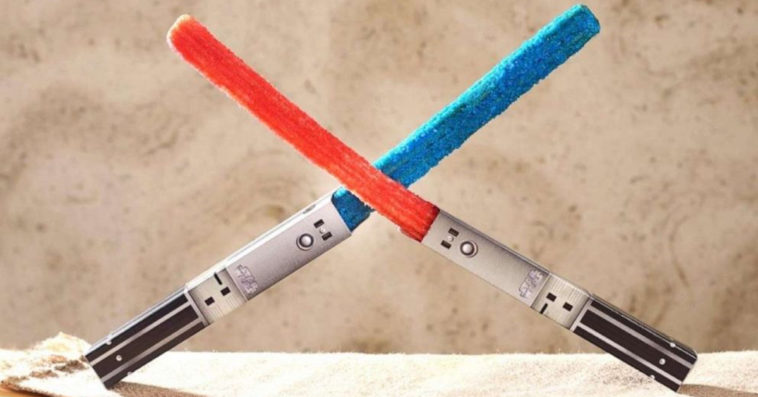 “You can play with it then have a bite,” pastry chef Sergio Avila said in an interview with Good Morning America. “It’s designed with a sleeve to make it more realistic. It’s playful but traditional.”

While it’s unclear how well the Star Wars lightsaber churros are selling as of late, Avila suspects that the churros  “will be very popular” when Star Wars: Galaxy’s Edge finally opens its gate for guests.

Though Disney World is popular for churros, it is worthy to note that the Star Wars lightsaber churro is the first churro to be sold with a sleeve inside the resort.

Available in blue and red, Star Wars lightsaber churros let park-goers choose whether they would like to be a Jedi or a Sith. Robert Adams, an executive chef of Disney Parks, said guests could “take their pick” on whether they wanted to be on the light or the dark side.

Star Wars lightsaber churros can be purchased at Anaheim Produce, Pixar Place market, Pretzel Palooza and various churro carts that are located throughout the park.