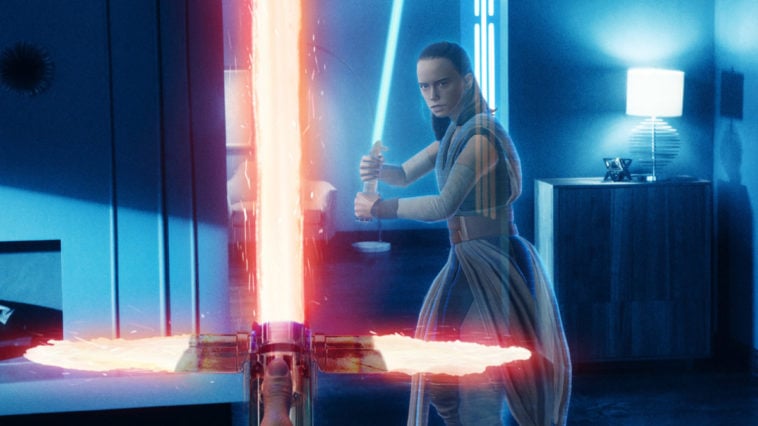 After months of anticipation, Star Wars: Jedi Challenges’ Dark Side Expansion is now available. The free upgrade allows players to crossover into the dark side, as they duel legends like Rey and Yoda.

In addition to the software update, Lenovo and Disney have teamed up on a limited-edition Kylo Ren lightsaber. According to the makers, the $99 controller “adds another layer of immersion,” as you battle virtual opponents, be they from far, far away galaxies – or friends and family in your living room.

Away from epic lightsaber duels, the Dark Side Expansion also allows for spaceship battles. Under the aptly named ‘Ship Battle’ option, players now have the ability to captain an Imperial Star Destroyer or Rebel Mon Calamari Cruiser, battling other ships throughout the galaxy.

As mentioned, the Dark Side Expansion is now freely available through the App Store and Google Play. However, the Kylo Ren lightsaber must be purchased separately.