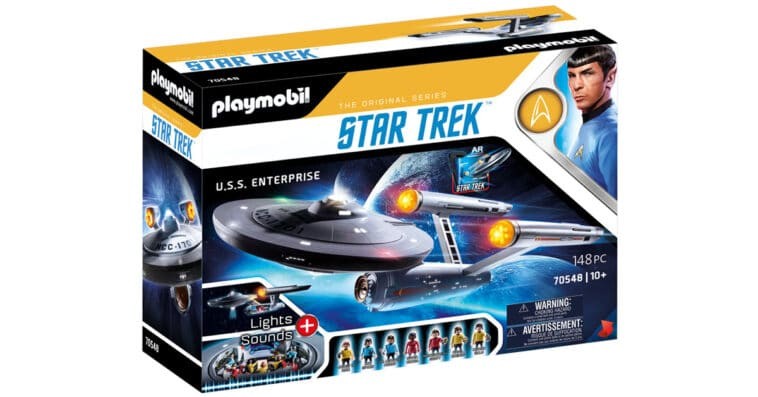 Star Trek: The Original Series is turning 55 this year, and to celebrate this milestone, German toymaker Playmobil has partnered with ViacomCBS to create a model of U.S.S. Enterprise (NCC-1701), which is the show’s main setting and it’s available now for pre-order at Amazon and at  Entertainment Earth.

Set to officially hit toy retailers nationwide on September 8th – the same date Star Trek: The Original Series premiered on NBC back in 1966, Playmobil’s 70548 Star Trek – U.S.S. Enterprise model is all about authentic details and exciting features that are sure to delight fans.

The first-ever Star Trek U.S.S. Enterprise Playmobil model, the 1-metre-long Constitution-class vessel comes with a specially designed mounting that helps fans display the legendary ship in the best way possible. Lights, sounds, and other technical features are included, alongside a unique augmented reality tie-in app, which will expand fans’ Star Trek experience much further than just the physical product. 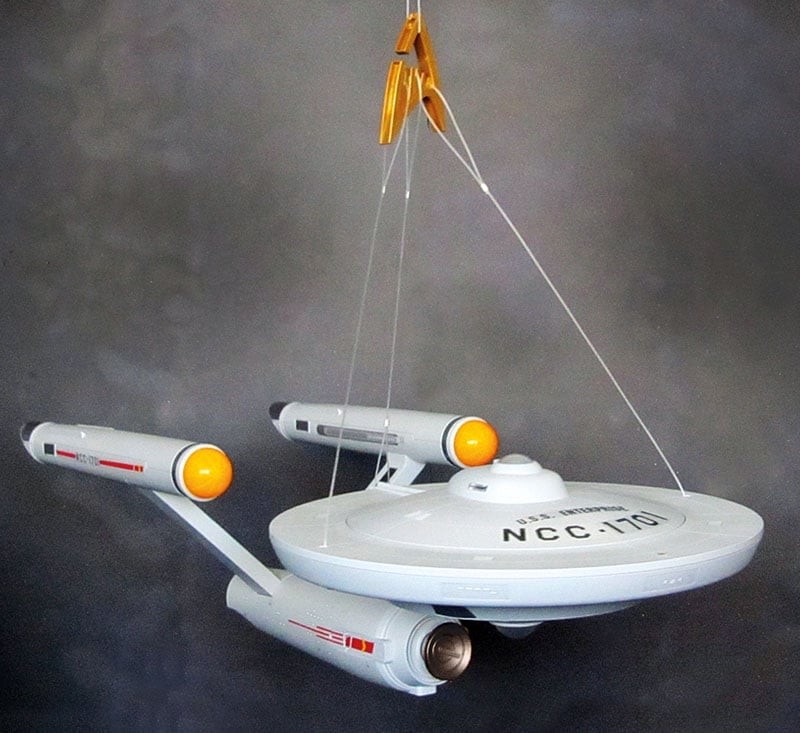 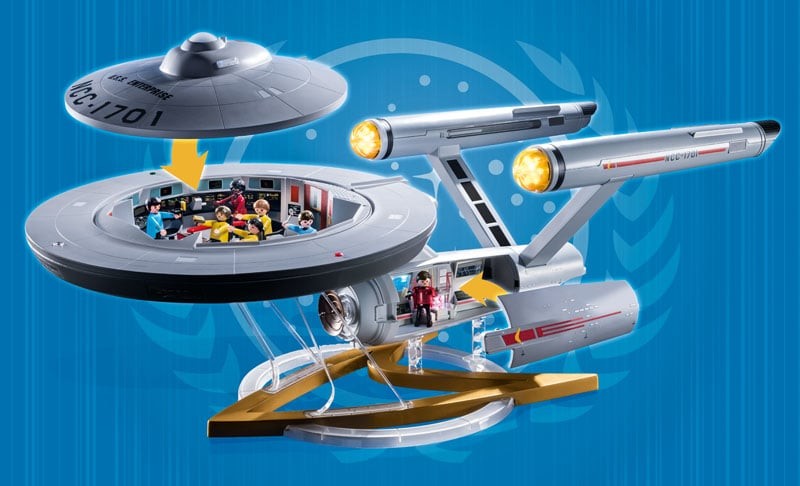 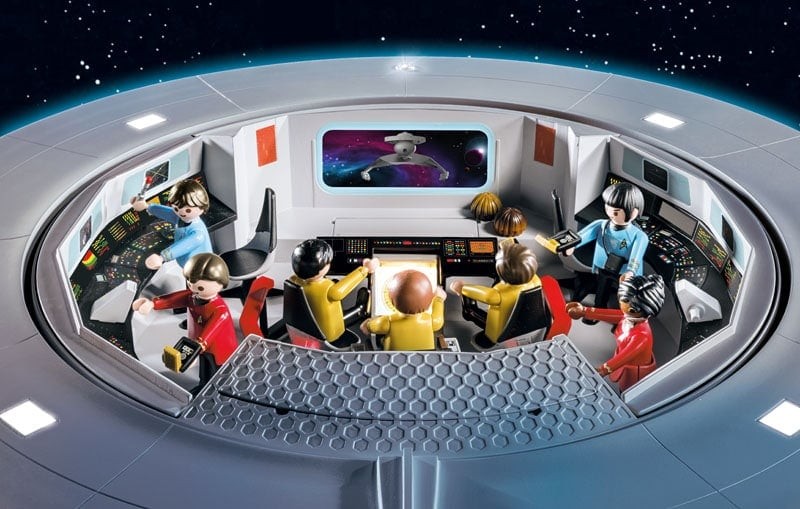 More details about the model will be revealed ahead of its launch.

Due to low ratings, Star Trek: The Original Series was canceled by NBC in 1969 after three seasons and 79 episodes. Years later, the Gene Roddenberry-created series became a hit in broadcast syndication, remaining so throughout the 1970s and achieving cult classic status. Because of its syndication success, the Gene Roddenberry-created series eventually spawned a franchise, consisting of eight TV series, 13 feature films, and several books, games, and toys, and is now widely considered one of the most popular and influential media franchises of all time.