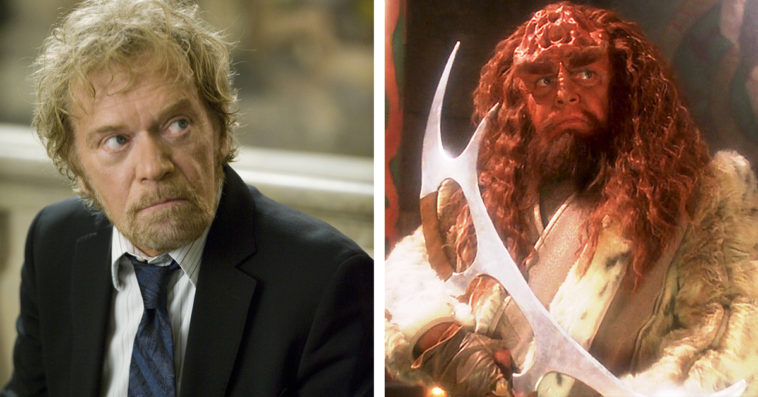 Veteran actor Kevin Conway has passed away on Wednesday in Manhattan. He was 77.

Conway’s longtime partner, Geraldine Newman, said the cause of his death was a heart attack.

Conway, who was born in New York City, worked as an IBM sales analyst before starting his acting career at the age of 24. He landed his first major screen role in the 1972 film Slaughterhouse Five, in which he played the character of Roland Weary. He then went to portray Crum Petree in the 1988 film Funny Farm; Sgt. Buster Kilrain in Ron Maxwell’s 1993 epic Gettysburg; General Curtis LeMay in the 2000 historical drama Thirteen Days; and Frank Papale in the 2006 Disney football drama Invincible.

On the TV front, Conway guest-starred in Star Trek: The Next Generation as the legendary mytho-historical Klingon figure, Kahless. Known as the greatest Klingon warrior, Kahless was the first Warrior King and Emperor of the Klingon Empire.

Conway is also known for his recurring role as Seamus O’Reilly, the abusive father of Irish gang inmates Ryan and Cyril O’Reilly, on the HBO prison drama Oz. His other TV credits include CBS’ The Good Wife, NBC’s Law & Order, In the Heat of the Night, and The Black Donnellys.

Conway made his Broadway debut in Arthur Kopit’s 1969 stage play Indians. He then became a cast member of the 1974 Drama Desk-winning off-Broadway play When You Comin’ Back, Red Ryder?, and played the role of George opposite James Earl Jones’ Lennie in the 1975 run of the play Of Mice and Men. His last Broadway credit was the 2002’s Dinner at Eight, which also starred Joanne Camp, John Dossett, Marian Seldes, and Christine Ebersole.