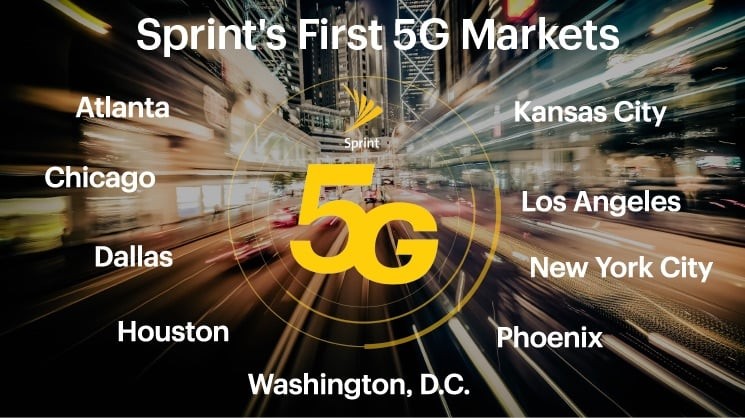 Sprint just announced it will begin rolling out its 5G network in May. According to internal documents, the carrier will start in the cities of Atlanta, Chicago, Dallas, and Kansas City. Documents suggest Los Angeles, New York City, and Washington D.C. will go live sometime before the end of June.

Initially, the next-gen network will cover just 1,000 square miles, providing service to nine major markets. Also limited is the number of 5G devices that will be set to take advantage from the onset.

Not long ago we reported on the LG V50 ThinQ, which is a joint-venture from LG and Qualcomm. We can also confirm there will be a 5G mobile hotspot from HTC and an updated Galaxy S10 with 5G before the end of the summer.

Despite the molasses-like launch, we expect the market to be flooded with 5G-enabled devices before the close of the year.

Sprint also announced today that they will be teaming up with Google Fi to provide the wireless MVNO with 5G service.